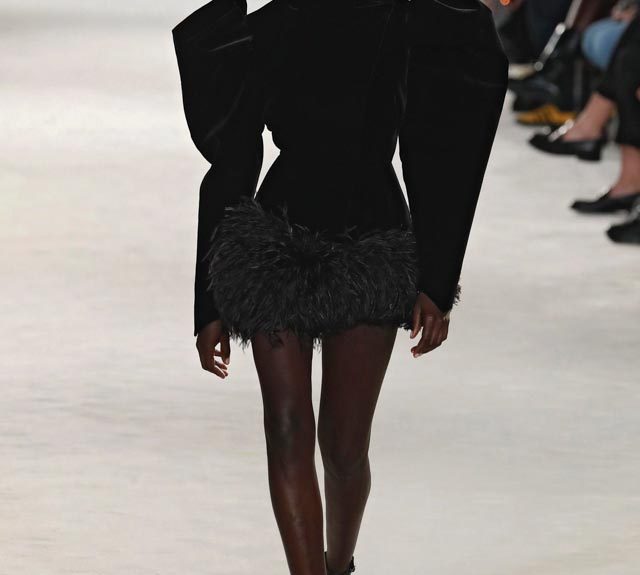 “Fashion is above all sociological, beyond the individual expressions of a designer. It’s a re-transcription of a social and geographical context through the designer’s eyes. It’s the synthesis, how you filter what you see and hear, that makes fashion interesting.” Alxandre Vauthier’s style has taken new directions, without giving his back to the past. While the world stopped because of a world pandemic, the designer thought over what fashion could talk about and by what means it should lead the way during a global crisis. This is what happened at Alexandre Vauthier Spring Summer 2022 Haute Couture fashion show.

The inspiration came from the art, the architecture and the fashion of the Roaring ’20s in Paris and Berlin. It seems like that the years spent in the studio with Thierry Mugler, who has recently passed away, has taken shape into Alexandre Vauthier’s new cuts and proportions. Bright colors such as red and silver made the sharp silhouettes, feathers and ruffles shine. Vauthier’s reinterpretation of the ’80s New Look was nothing short of convincing. His vision of the power dressing was translated in a strong peplum jacket on the shoulders and draped combined with large smooth pants or even in an hourglass jacket combined with a tiny miniskirt.

The fluid low-waisted dresses with many vaporous layers had a lightness, which was opposed by more modern touches including his Swarovski-studded soft boots or the leopard print suit that will appeal many customers who appreciate its audacity to greater coverage.

“If a small independent house like mine can send certain signals, that just might mark a new beginning. We’ve got to shake off the past two years.” The designer later said after the fashion runway. And if that was Alexandre Vauthier’s goal, who knows what will be waiting for us for the next collections… 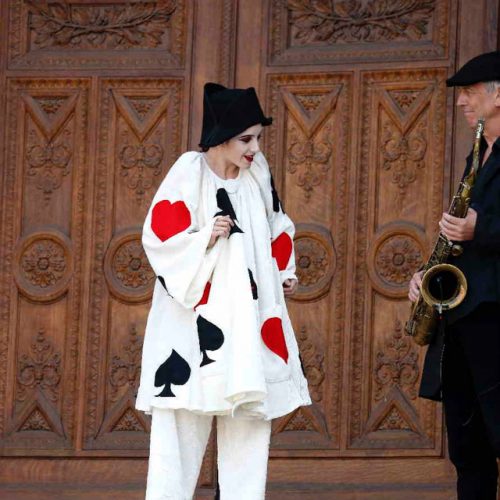 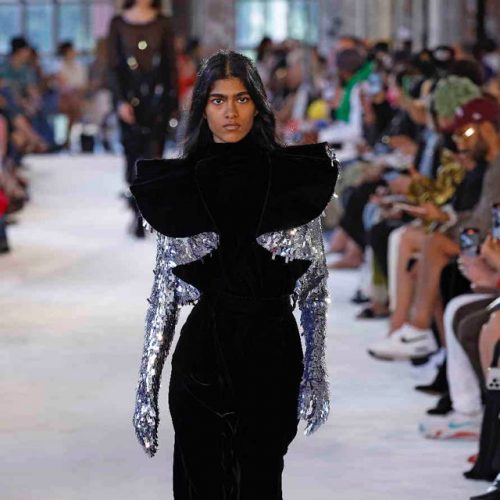 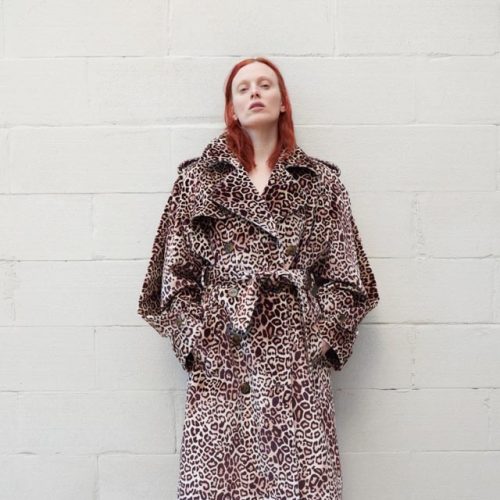 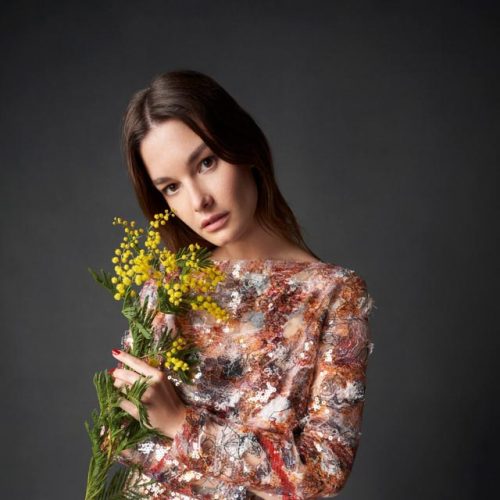