Welcome to Luxiders Print Issue 5, our bravest one yet! Made during the most difficult times of our generation. This Autumn-Winter announces a profound change. To be brave, or not to be. Living with the consequences of COVID-19, witnessing the polarizing ideals of governance, the Black Lives Matter protests, the health system showing its capabilities, our extent of knowledge, poverty knocking on the door…

This year we are all questioning the condition of being human more than ever. Or more so, questioning the notion of identity as a whole –culture, origin, gender, appearance–, but also the compromise of being human with others. The “perfect” body dictated by the influence of supermodels, is now being called out in favour of a return to reality. “Unconventional” appearances which attest to an out of the mould approach is defying the modern world. Gender fluid communities, all types of bodies, height, skin colour, etc., are now shown with pride.

Imperfection is the new perfection, as it makes us unique. From a dreamworld, we are back to reality, redefining beauty standards that are as fascinating as they are disruptive. It sets us free, having a pseudo reconciling discourse with ourselves. Radicality is becoming the new spearhead of this decade, as it is ready to fight against all of these stereotypes facilitated by the history of humanity. Transparency, feminism, and veganism have also shown disruptive emergence. Luxiders Magazine started doing this three years ago: highlighting equality, the beauty of imperfections, respect and tranquillity. The aim has always been to free one from stereotypes. Now, luxury brands are shouting it loudly. But why? Is it an epiphenomenon? marketability? (P. 64)

THE NEW NORM IS AN ABSENCE OF NORMS

It is in this absence of norms where we find the Regenerative Future (P.10), where Roger Robinson (P.18) and Marge Piercy (P.92) write stories of paradises, where artists like Jakob Kudsk Steensen (P.102), Luca Tombolini (P.78), and Jukhee Kwon (P.40) capture the immensity and sublimity of the inner world.

It is in uncertain times that creativity and ingenious rise more than ever. It is in uncertain times that people reinvent themselves and consumer behaviours change without return. This is what we discuss in our fashion stories, like we see with Quirky Alphine Allure (P. 18) and Why do I do what I do? (P.104). It is about being free, positive and leaving a transcending impact where one is present.

To us, these uncertain times are making sustainability the new “Status”. The only one to Rise and Shine! 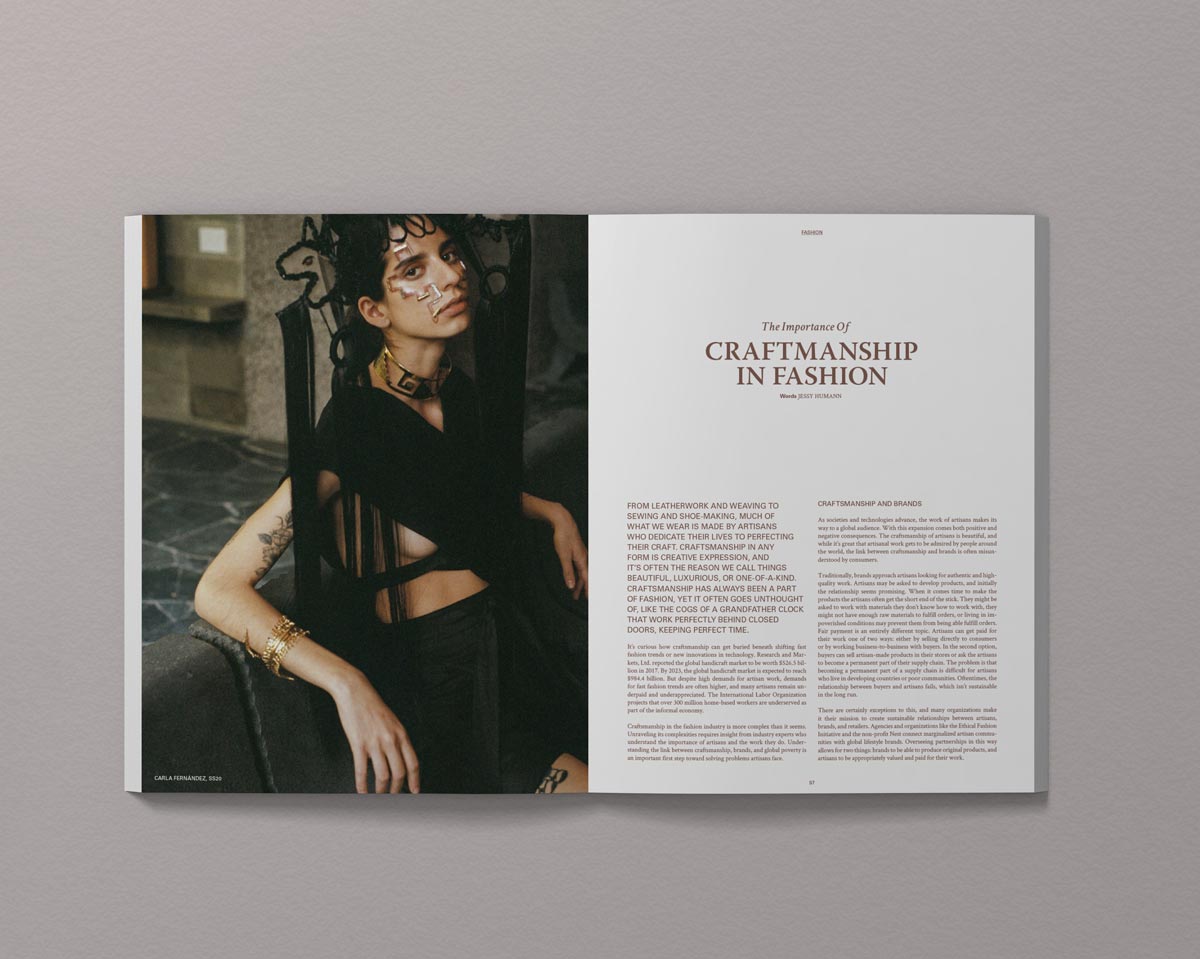 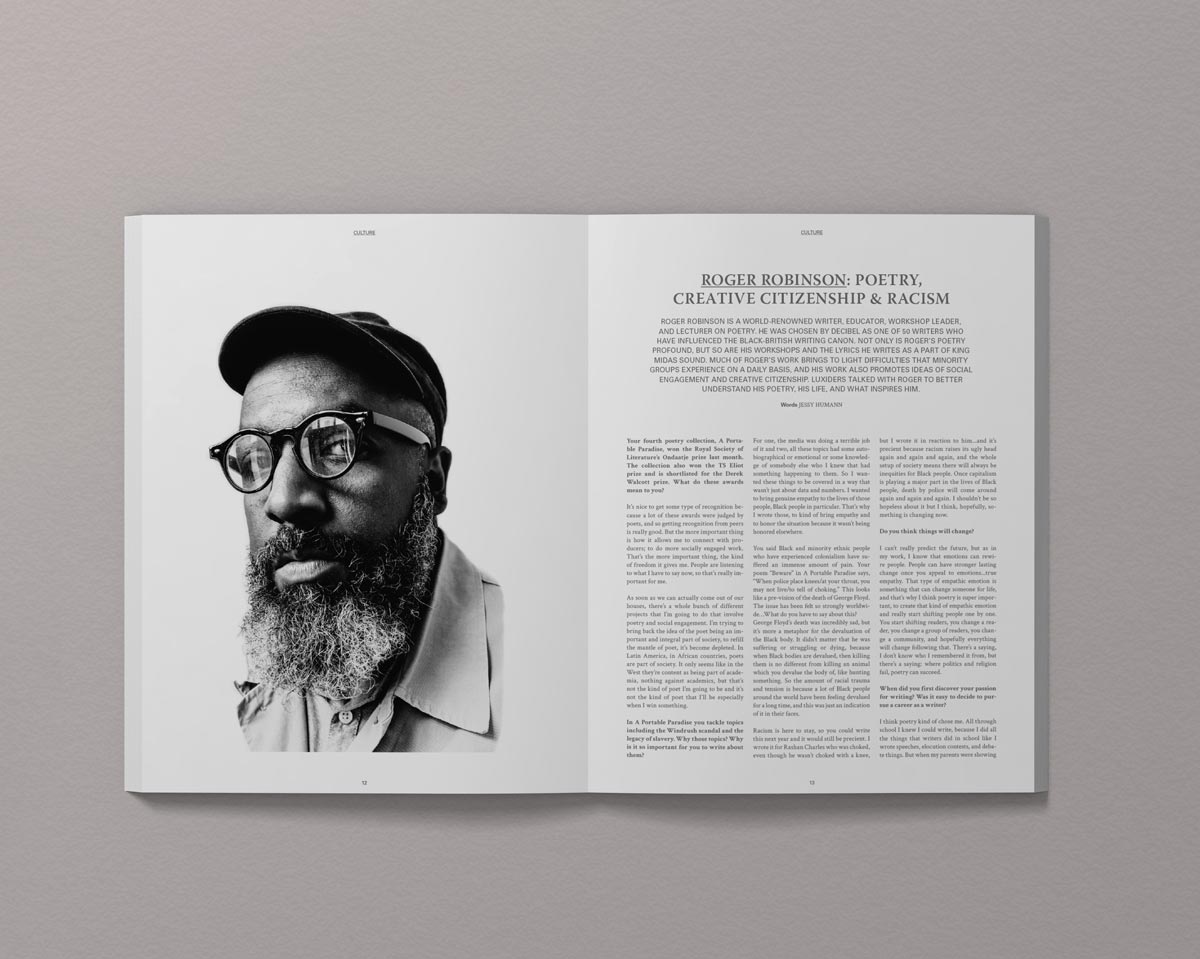 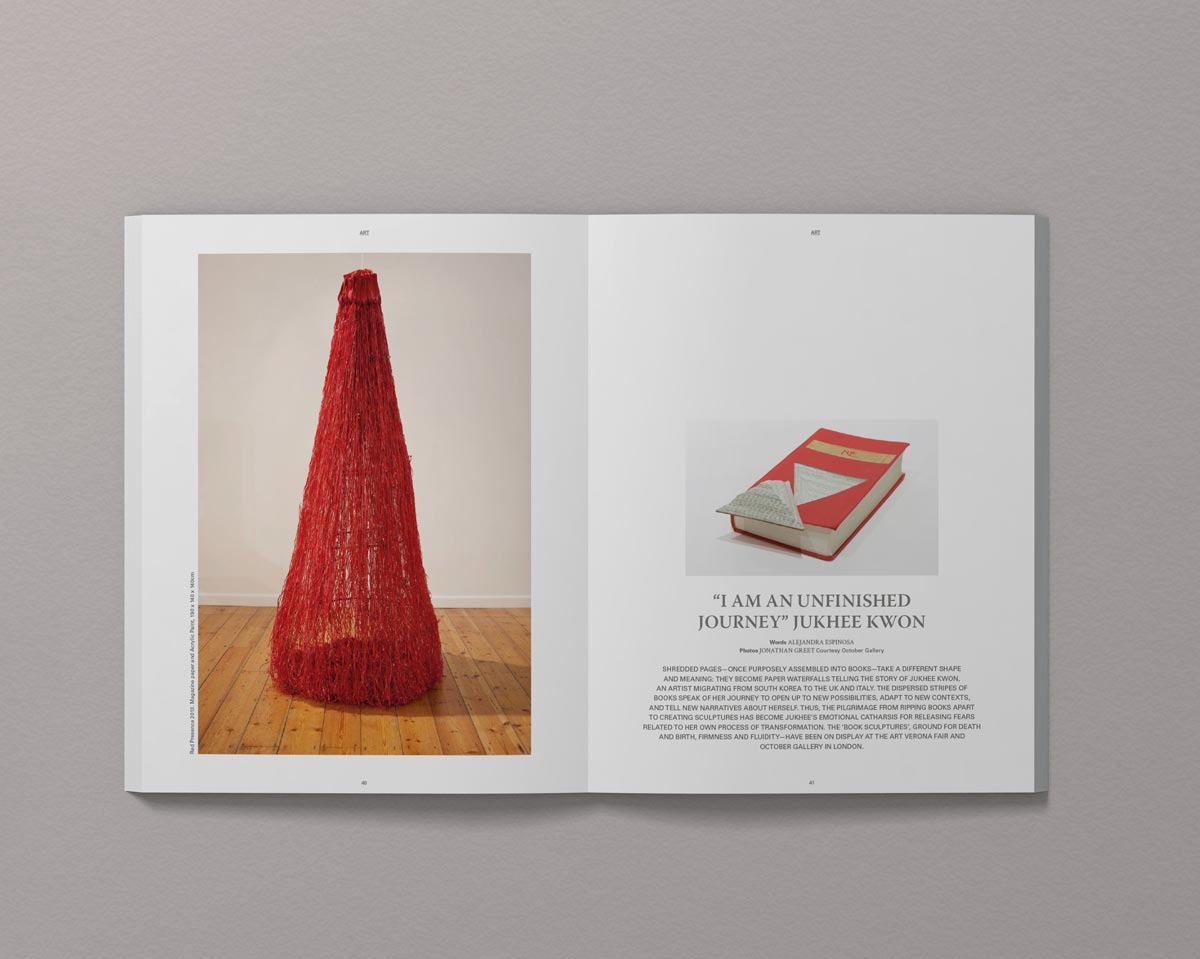 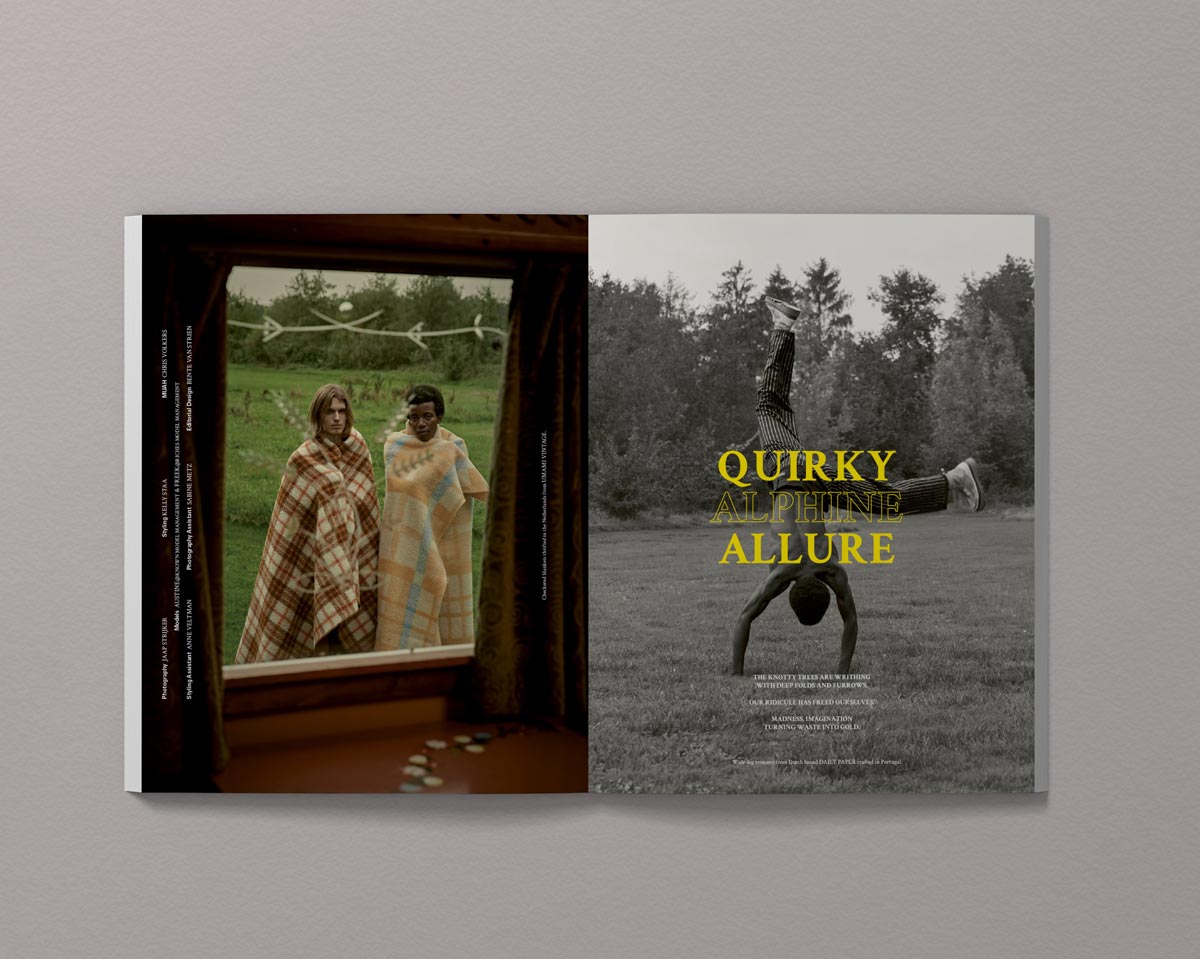 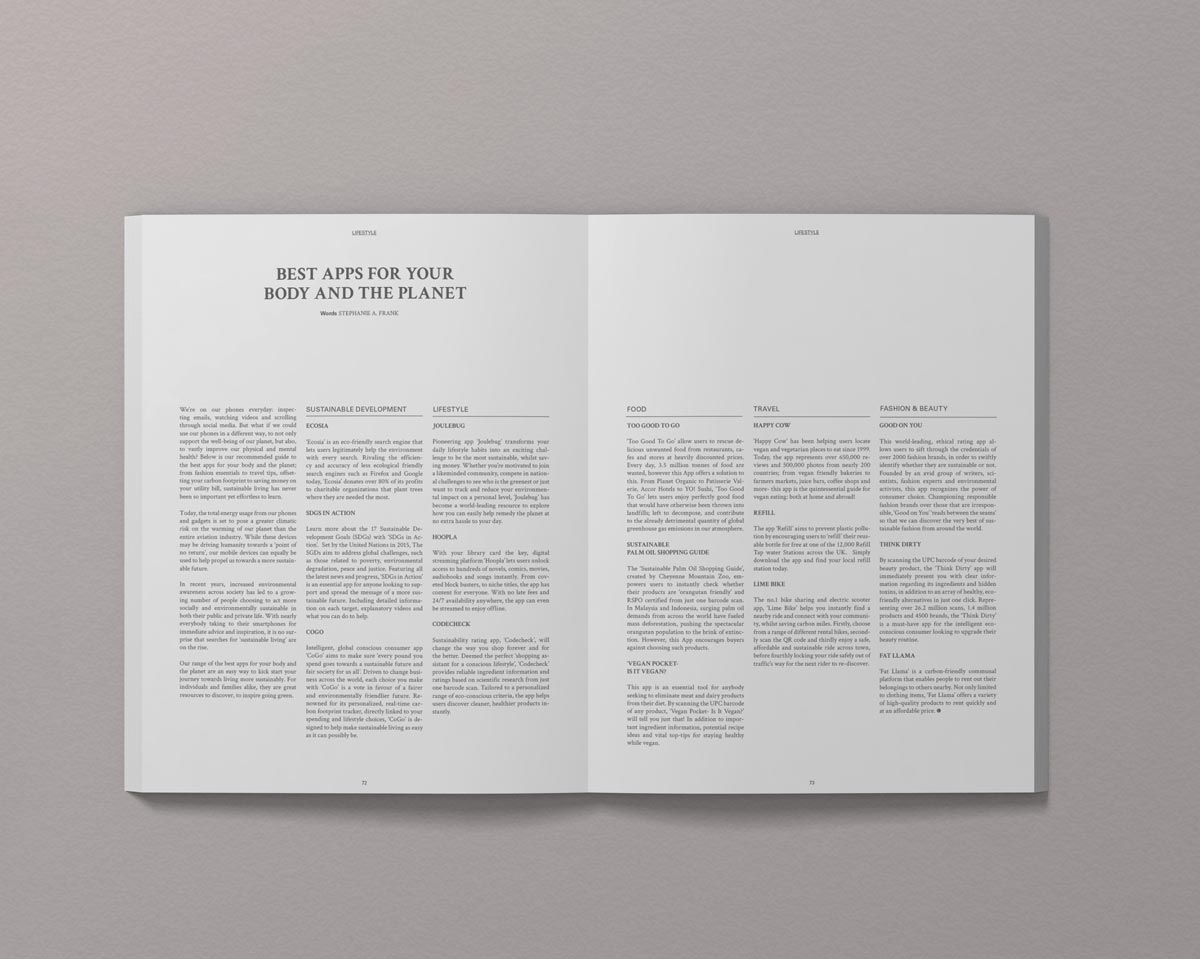 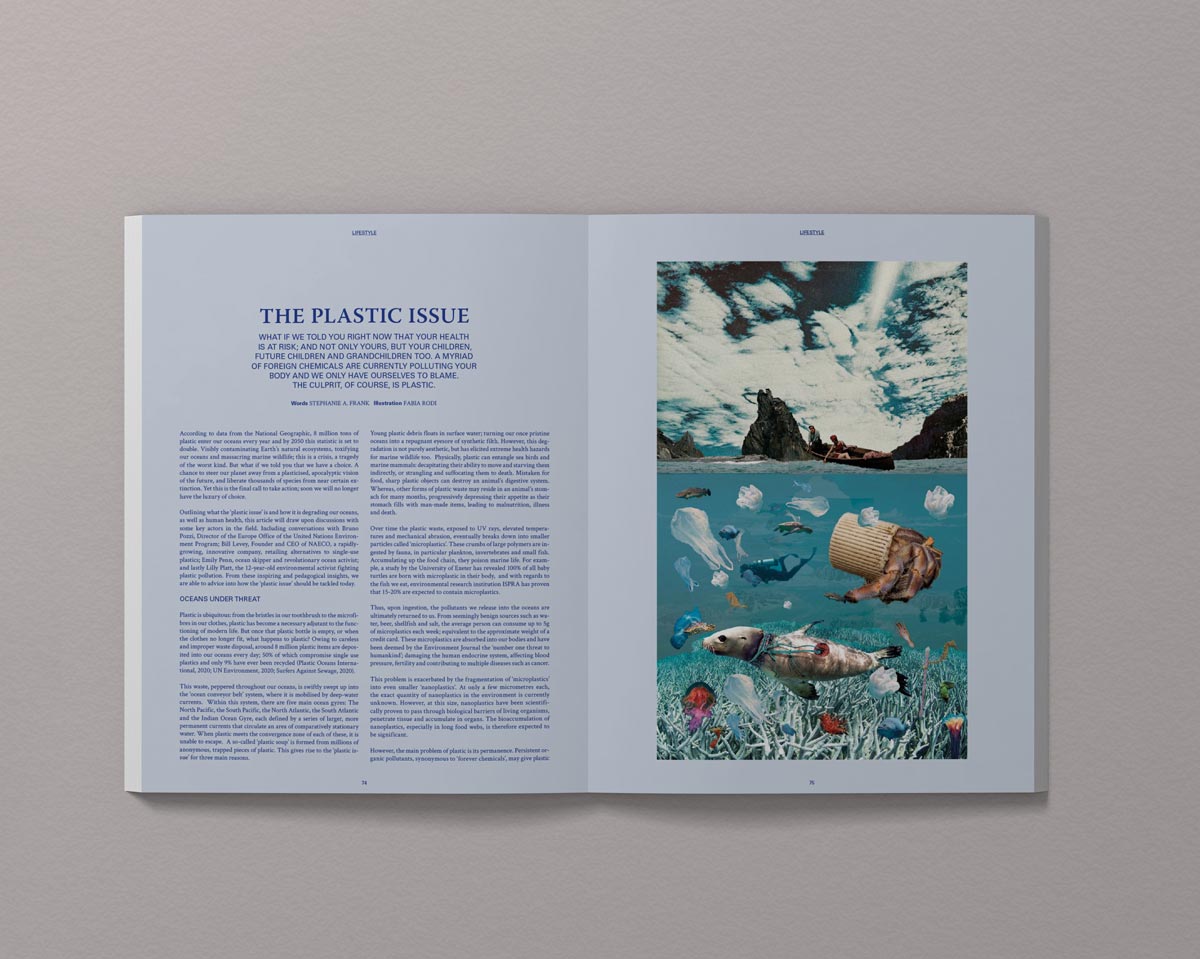 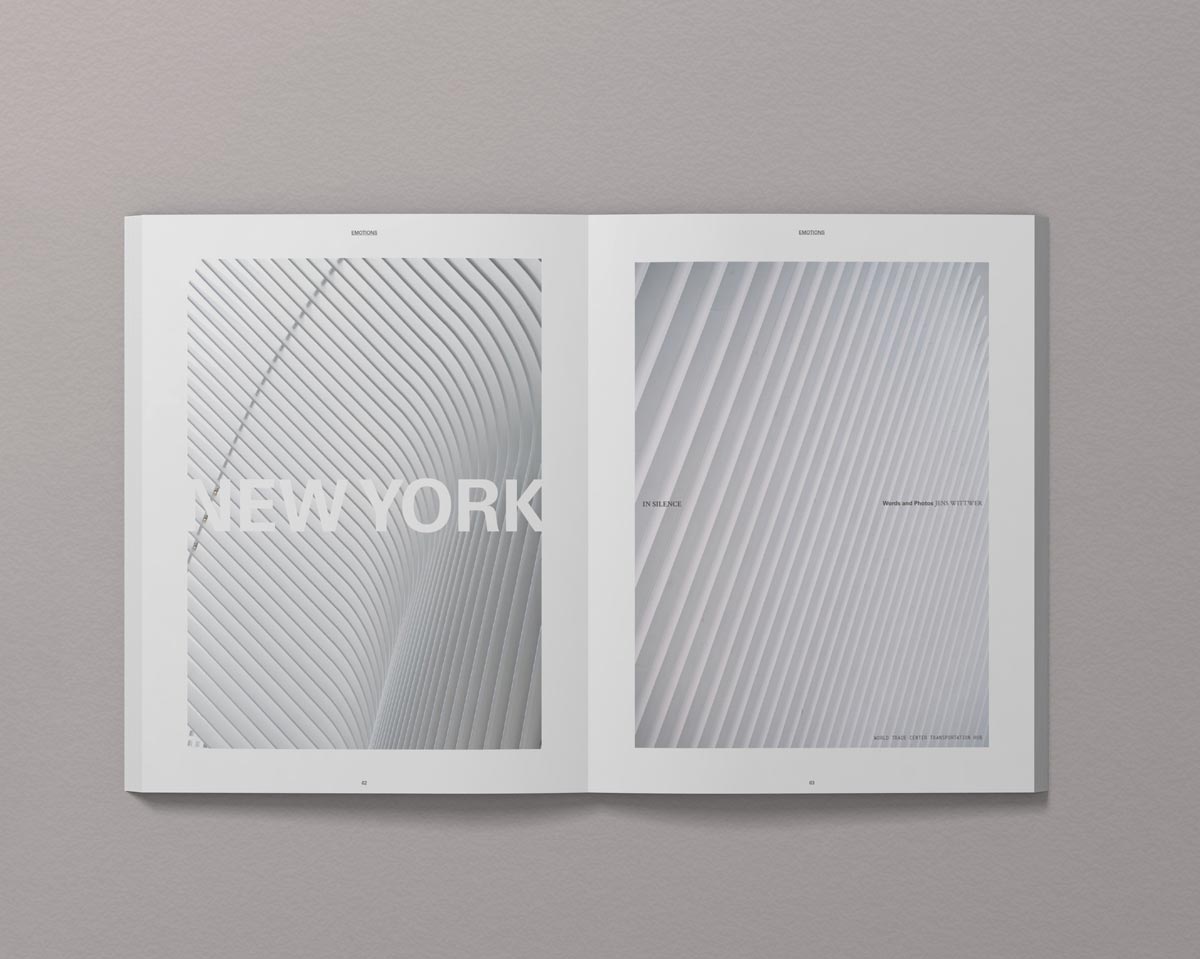 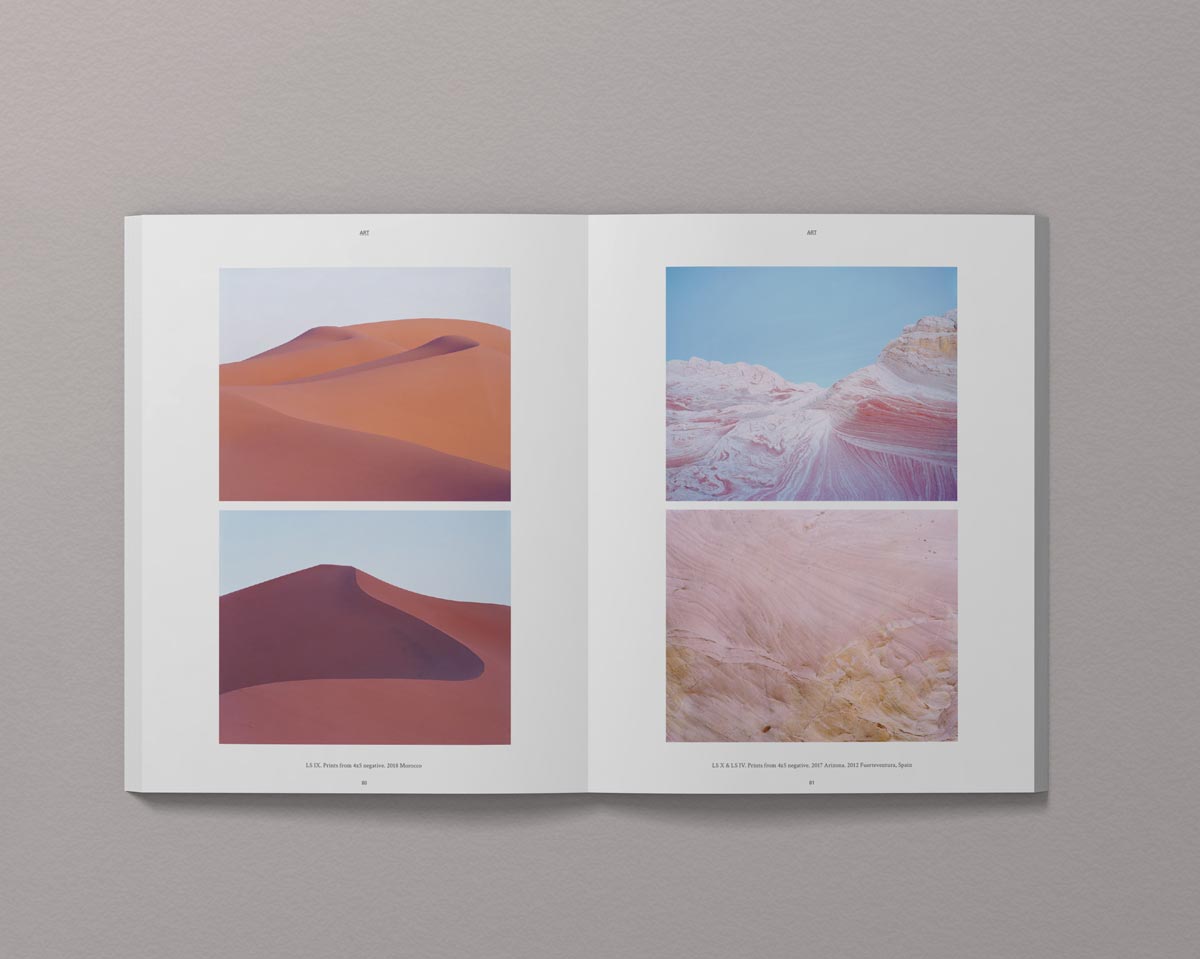 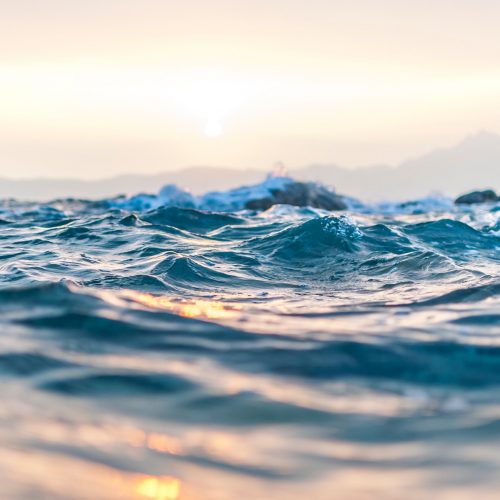 We Banned Microbeads… Now What? 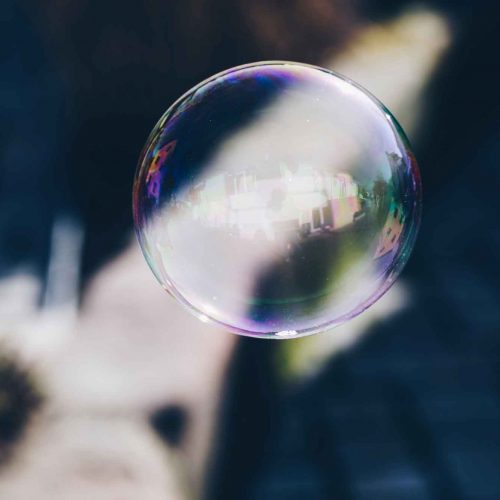 Greenwashing | Why Do Fashion Brands Find It So Hard To Be Transparent? 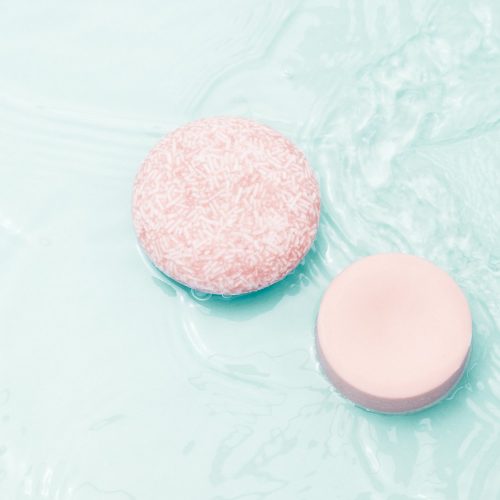 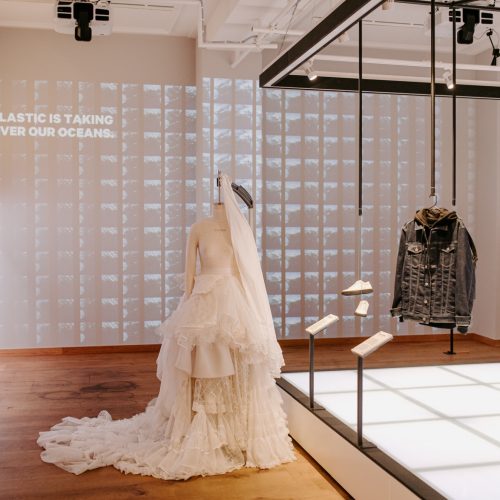 The Journey of a Sustainable Clothing Piece