Let’s talk about food waste (and our fridge). When cooking, it’s easy to get drifted away and simply forget that there are always an extra stalk of celery, a few teaspoons of coffee grounds, or some tops of carrots. This few scraps when collected could produce the third-largest emitter of greenhouse behind US and China. About 94 percent of the food we wasted ends up in landfills or combustion facilities. Based on a research by Environmental Protection Agency in 2017, we disposed 38.1 million tons of food waste. 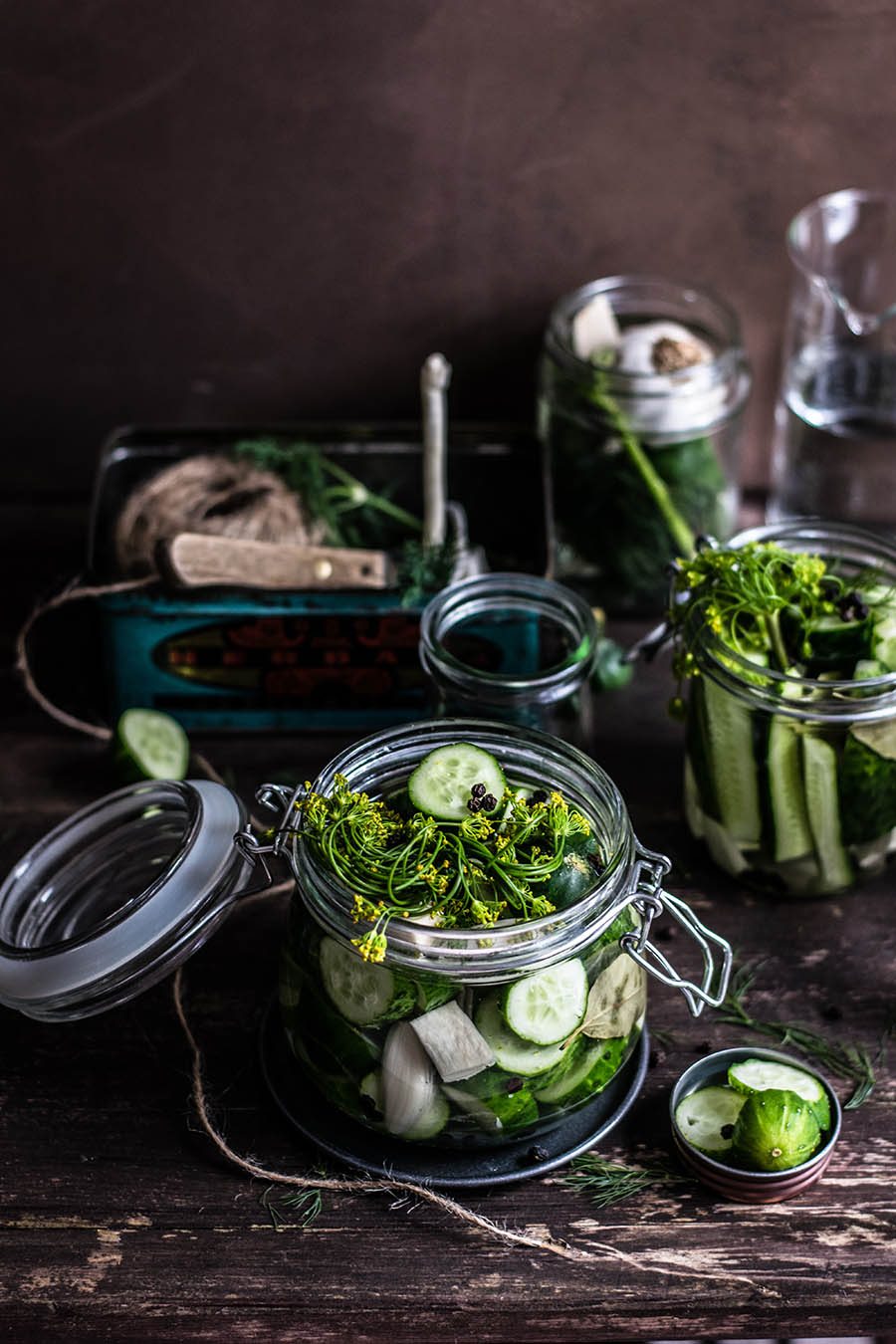 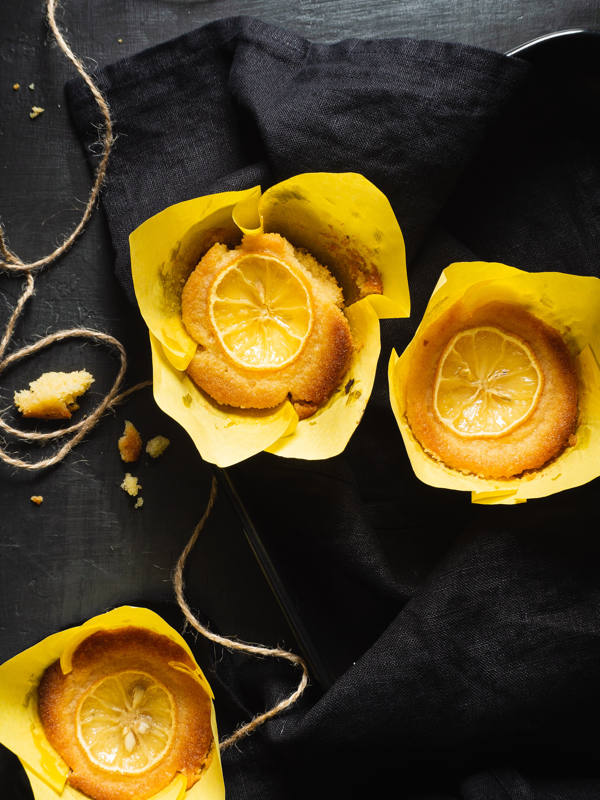 Luckily, food waste is an issue that we as consumers can have a big role in curbing. It does take a broader perspective to rethink and change how we consume; from organizing our kitchen, meal-planning, fridge-based shopping, to rethinking the new possibilities of foods undone on the kitchen counter.

Below, we have compiled ways to rethink and repurpose the scraps left in the kitchen counter or at the corner of your fridge.

REPURPOSE AS OTHER FOODS AND DRINKS

Bananas are one of those fruits that get easily bad. It is also those fruits that would look beautiful when you buy them in the pretty bunch. Luckily, with the tender texture and the bland taste it got when it starts to go bad, banana is also the fruits that you could easily repurpose into pound cake or ice cream.

Simply soak bananas, pears, apples, dragon fruits, and berries in rum for 3 days, strain them, store in the freezer, and keep the fruit infused rum in a jar. After 3 days, you could mix the frozen fruits in a food processor with some honey, a tablespoon of rum, cinnamon, and grated orange peel! ​Talk about some Cuban daydreamings!

As much as we love a good sourdough or rye bread, there will always be some leftovers for let-me-think-about-it-later scenarios. It’s because we are not going to always have breakfast with toast or have some to scrape over all those pasta sauce. To us, crouton is the first option. But, Kvass sounds more exciting to repurpose stale breads.

Kvass is a traditional eastern European drink that dates back to at least the middle ages, if not well before. Back when water sanitation was pretty questionable, it was much safer to drink fermented alcoholic beverages than water. Kvass is not particular alcoholic, as many are somewhere between 0.5 to 1% alcohol.

Toast your stale breads, place them in a big mason jar with water, sourdough starter, and some honey. Cap the jar loosely, store it in room temperature for 3 up to 7 days, and you got a probiotic drink from your leftover breads!

When in doubt, make veggie broth!

Vegetable peels, seeds, stalks, tops, stems...you name it. Instead of throwing them away, you could store them in freezer and use them to make veggie broth! We usually collect or veggie scraps in a ziplock bag - from the extra top of radish, stalks of broccoli, to stems of celery. When we got a full bag of them - usually it would take one up to two - we'd put them in a big pot with water, garlic, coriander seeds, and put some herbs like Kemangi (Indonesian basil), and bay leaves. Then, we’ll let it simmer for two hours, strain it, and store it in a jar! 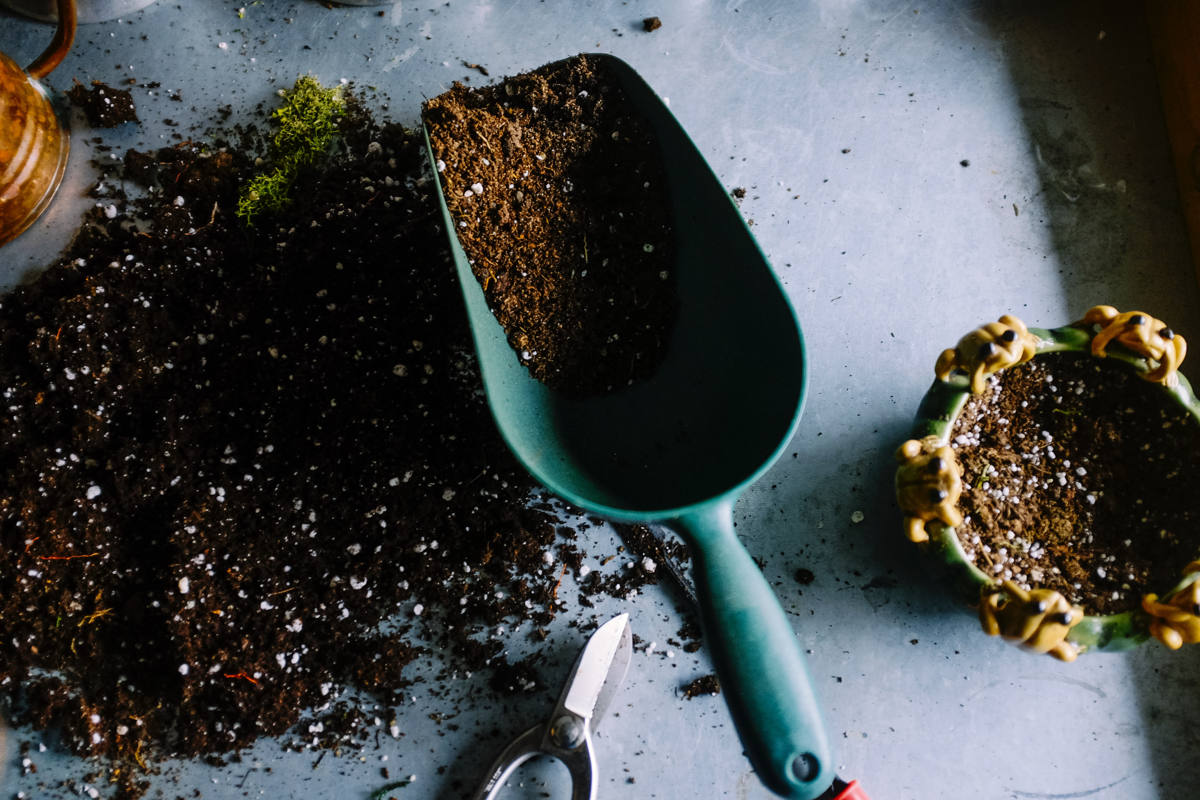 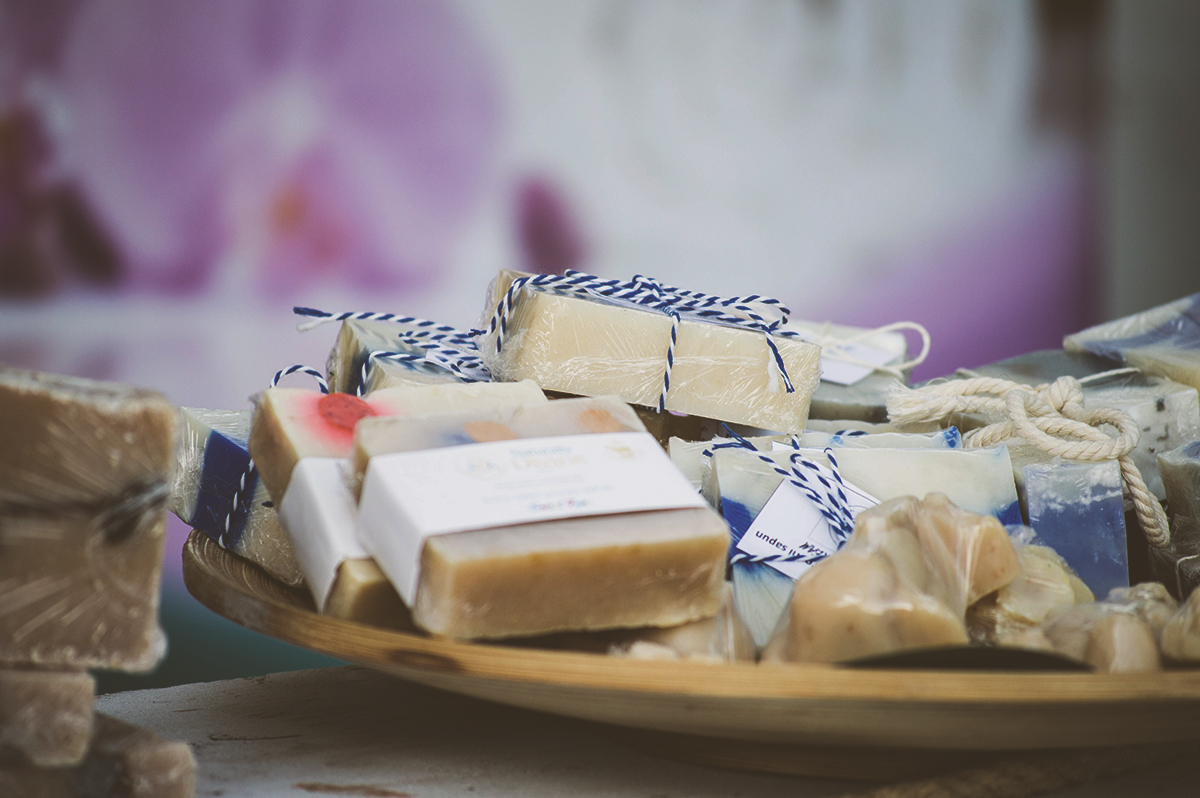 Use coffee grounds as exfoliating scrubs

If your morning ritual is consisted of having a cup of coffee, then you might consider not to throw the grounds away. Instead of throwing them, you could store them in a jar and put them in the fridge. After a couple days, I’ll mix a spoonful of coffee grounds, a tablespoon of honey, a tablespoon of olive oil, and sometimes two drops of essential oil. Then, I’ll use it in the shower as exfoliating scrubs.

Got milk? Use it to soak some dishes

Sour milk is a result of the expired date. If you got some, you could repurpose it to clean up your dishes and silverware. To give the silver glow back to your silverware and give the subtle beauty to your ceramic ware, you could soak your dirty dishes in sour milk for 30 minutes or an hour before washing them!

Make your own All-Natural Cleaning Vinegar

If you have a bunch of citrus peels (from orange, grapefruit, pomelo, lemon, or lime) from all those lemonade, marmalade, or juice, you could put them in a container and fill it with vinegar. Let it sit in room temperature for a two up to four weeks and you could use it as multi-purpose cleaning product!

When you have run out of the ideas and energy to make nice cream, broth, soup, or exfoliating scrubs, compost is the answer. This is the most simple and elegant way to repurpose your food waste. It is also very helpful and kind to the environment as you could help to grow better and healthier soil. The rich nutrients in veggies, coffee, and tea bags are what the plants in your garden needs!

There are many composting methods, but we would put the most simple one that would not take 6 up to 12 months. Put all of the waste from your organic bin into one bin with soil and and dead leaves. The right balance of ingredients to make compost includes two or three parts carbon-heavy ingredients (such as dead leaves and flowers) for every one part of nitrogen-heavy ingredients (such as fruit, vegetable waste, coffee grounds, and teabags). Turn the compost once a week or so, and in 4 up to 8 weeks you’ll have some rich soil for your plants. 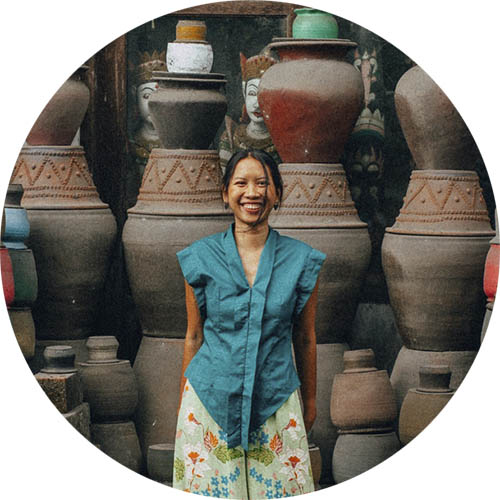 Prinka Saraswati - a textile and spicy - sour food enthusiast who cooks most of the time and writes, sometimes. 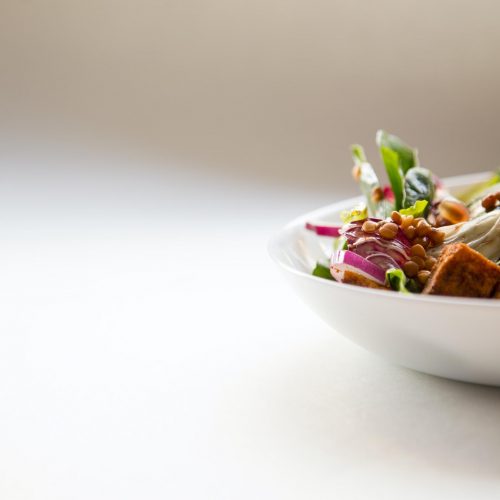 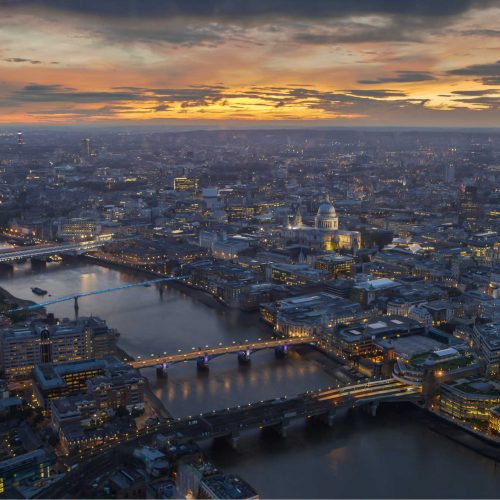 The Best Vegan Restaurants in London 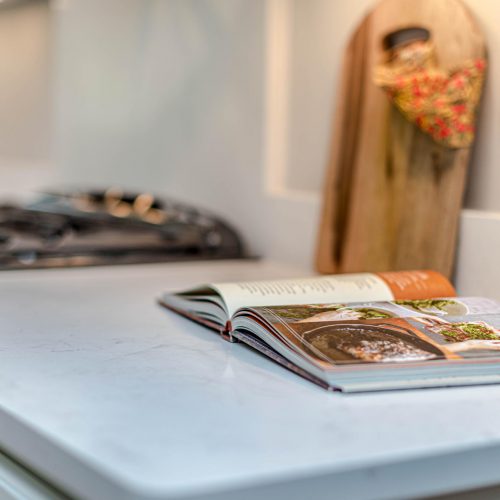 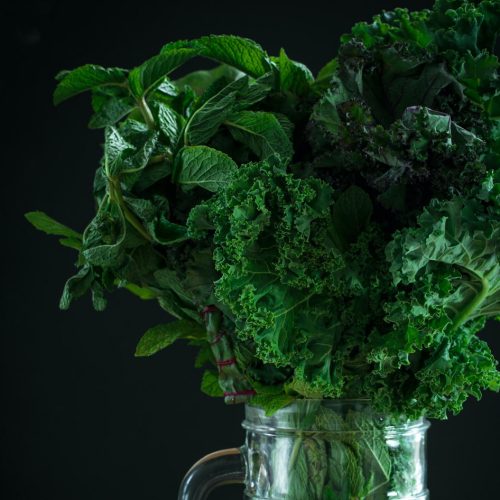