Issey Miyake was a revolutionist in fashion. His work was a complex, meticulous celebration of humanity, of our joy, and our dance, simple but beautiful. His eye-catching geometric clothing combined technology and fashion, to create an elegant fusion of colour and movement.

Japanese Designer Issey Miyake has died at 84 years old. According to the Issey Miyake group, there will be no funeral or memorial in accord with Issey’s wishes. His appreciation of technology culminated in geometric silhouettes, celebrated throughout his designs. In Miyake's hands, clothing shifted and flowed, becoming more than simple cloth. His identifiable style became pieces of art, as he explored new ways to approach fashion and design.

Miyake was born on April 22, 1938, in Hiroshima, Japan, where he witnessed the atomic bombing in August 1945. His interest in fashion started by studying his sister's fashion magazines. He studied graphic design at the Tama Art University in Tokyo, graduating in 1964. After graduation, he enrolled in the Chambre Syndicale de la couture Parisienne school in Paris.

After moving to New York, Issey returned to Tokyo in 1970. Upon returning, he founded the Miyake Design Studio, a high-end producer of women's fashion. This would be the first step towards creating a global empire synonymous with the Japanese fashion renaissance; setting the stage for other Japanese designers, and a new, methodical way to approach design. His work has been celebrated for it's love of energy, life and nature itself. 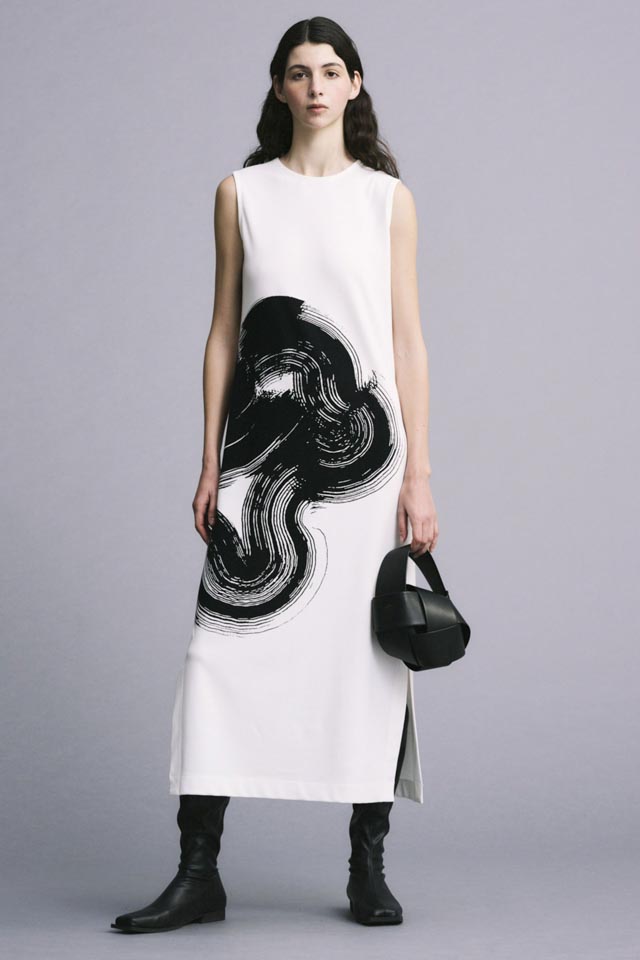 Issey's characteristic dynamism was clear in his last collection, his Fall 2022 Ready-To-Wear. Nature was a focal point of the Fall designs, a celebration of the untamed, the free and exciting aspects of plants. 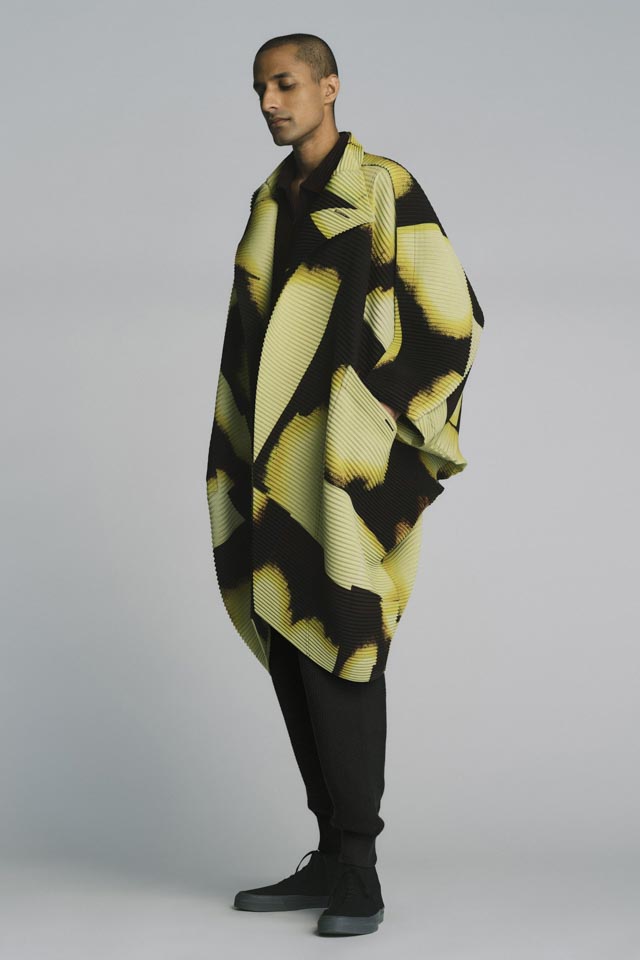 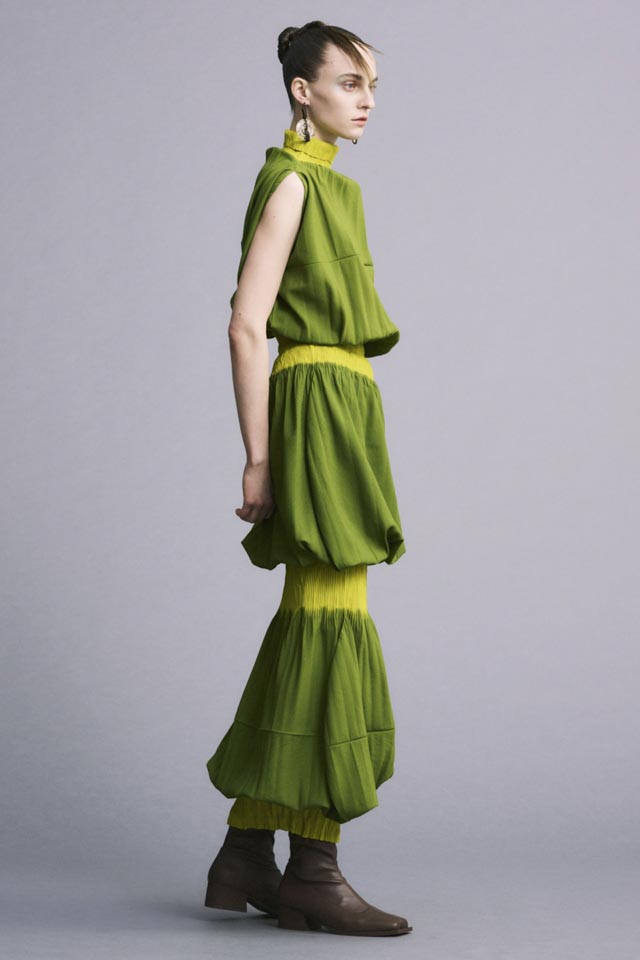 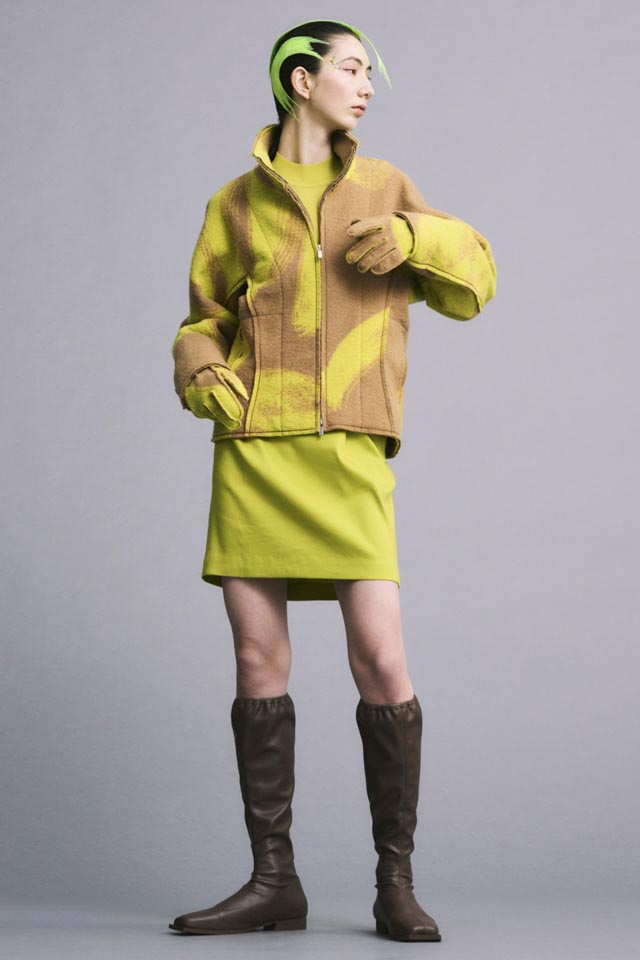 Designer Issey Miyake has established a remarkable legacy as a dedicated innovator researching, and blurring the lines between mathematics, technology, and design. Issey was dedicated to research and revolution. He has been credited as one of the designers who reinvented the Fortuny pleat in the 1980s.

The foundation of Miyake’s creative process and approach lies in the idea of “the single piece of cloth”. At The Miyake Design Group, the entire creative process is consolidated into one in-house project. Issey and his team pioneered the methodology of using technology in design.

For Issey, design was something to be constantly challenged, remade, and explored. He was constantly searching for new concepts and ideas to help himself and fellow designers. Dai Fujiwara replaced Issey Miyake as Creative Director of the Miyake design studio in 2007. Fujiwara continues Issey’s legacy throughout his designs, saying: “We used the technology of mathematics to make art”.

In his later years he focused on working with new generations of designers in his Tokyo studio, and continued to be involved in the development of new materials such as those made from recycled PET plastic bottles, as well as funding a research foundation on the history of design and fashion.

"Design is not for philosophy—it's for life." 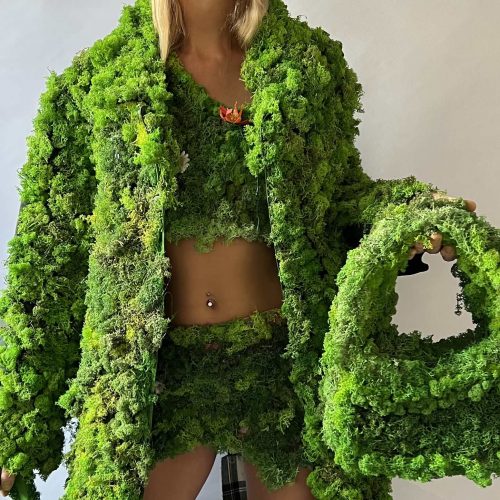 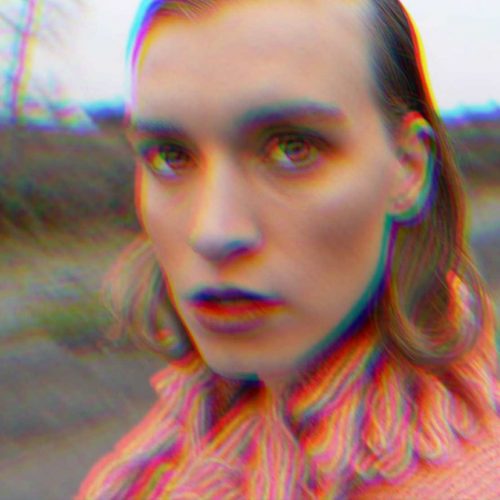 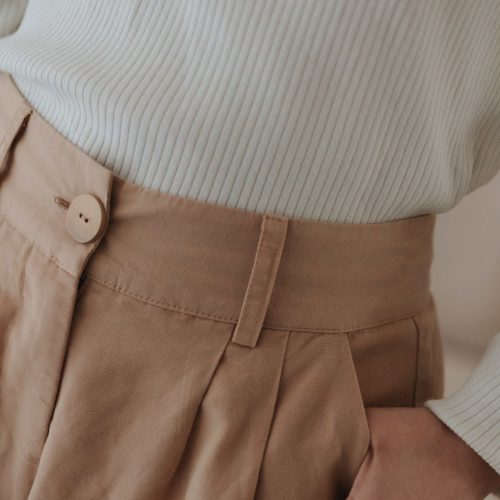