Prada introduced the Prada nylon backpack in 1984. Made from industrial nylon, the knapsack redefined what a luxury item could be. The company decided to introduce it to the catwalk, and it challenged, even changed, the traditional and conservative idea of luxury. But all this synthetic polymer fabric comes with a significant environmental impact. That is why, Prada now rethinks its way of doing fashion and enters Prada’s Re-Nylon initiative.

Prada Re-Nylon reflects the shifting sensibilities and concerns of a new generation, a new world. It emphatises the innate power of individual decisions to make a difference – “that the things we carry really do matter” – says Prada's press release.

Prada Re-Nylon project launched on June 24, with a debut collection of recycled nylon pieces composed of the same shapes Prada-philes have come to know and love, only now they are made from Econyl. Developed by the Italian textile company Aquafil, Econyl is a proprietary material made from upcycling industrial nylon waste like fishing nets and carpets. The manufacturer estimates that every 10,000 tons of Econyl created saves 70,000 barrels of petroleum. The material is endlessly recyclable. 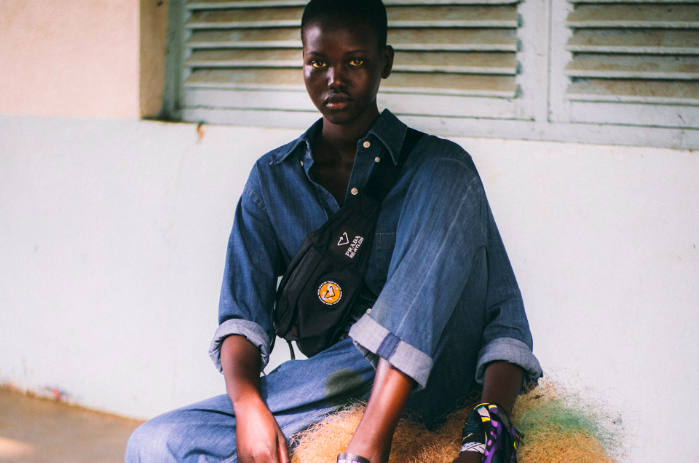 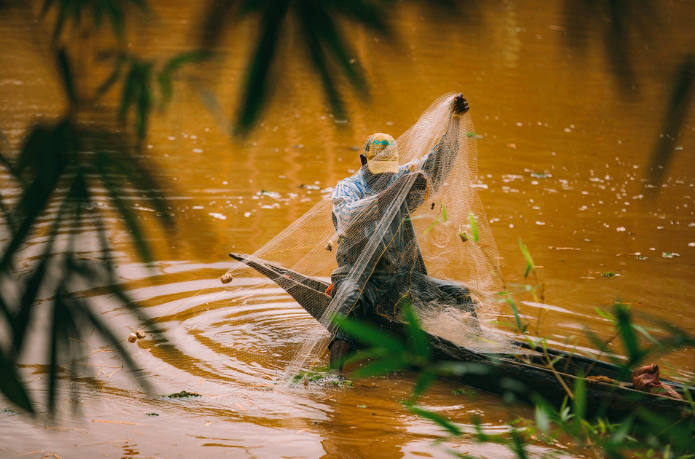 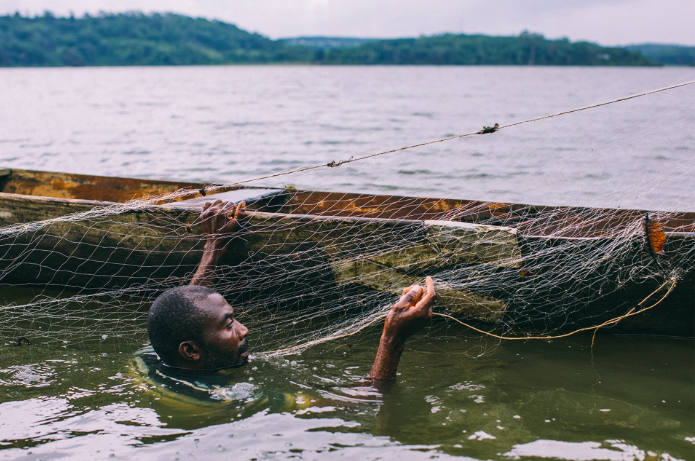 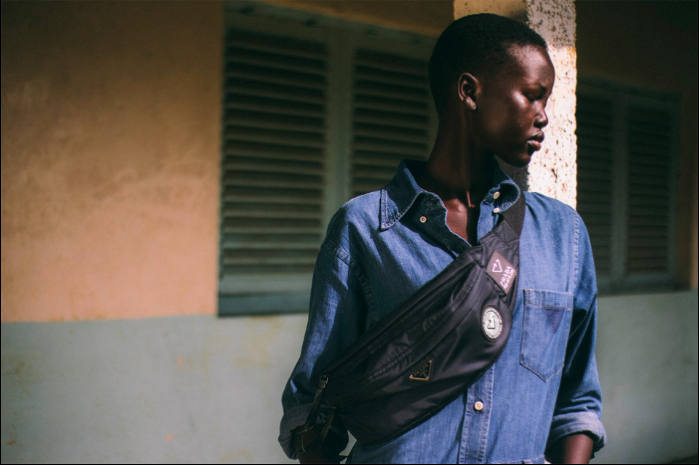 Prada Re-Nylon Project is communicated through a unique series of branded content short films, “What We Carry”, produced by National Geographic and featuring a roster of Prada reporters, global activists and National Geographic explorers. It started with Episode 1 shot in Arizona and will continue through five Episodes in total, taking viewers through a remarkable journey across every continent of the world, from Africa to America, Asia and Oceania to Europe, while revealing the inner workings of this unique enterprise.

In the second episode, the luxury company follows South Sudanese-Australian model and Prada reporter Adut Akech Bior and Joe Cutler, National Geographic Explorer and Freshwater Conservationist, as they travel to Lake Ossa in Cameroon, speaking with local experts and observing another facet of the Prada Re-Nylon transparent supply chain. The film soundtrack is built around a live vocal recording of the president of one of the local community banks in Lake Ossa.

One of the country’s largest lakes, with a surface area exceeding 4,000 hectares, Lake Ossa is natural habitat for a multitude of species and it represents 90% of the Reserve established in 1968. It also provides a vital livelihood for the surrounding communities. However, because of that, hundreds of used fishing nets have been discarded in its waters over decades, which clog ecosystems and can prove fatal to plants and wildlife.

To combat this, those communities now work with Net-Works, a project supported by the Zoological Society of London, to retrieve the nets from Lake Ossa. Over six tonnes of netting have been collected from the lake to date, to be re-sold, creating a valuable new revenue stream to benefit the local economy. These nets together with other waste are then recycled , de-polymerized and transformed into new, Econyl® regenerated nylon by textile yarn producer Aquafil, used to weave Prada’s regenerated nylon fabric and create the six styles of the new Prada Re-Nylon capsule bag collection.

Prada is also donating part of the Re-Nylon proceeds to UNESCO to develop international educational programs about sustainability. 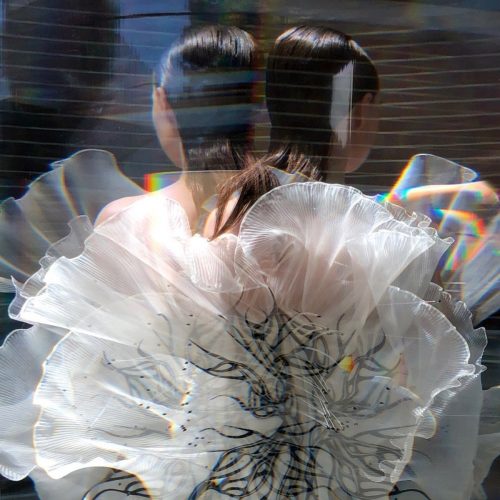 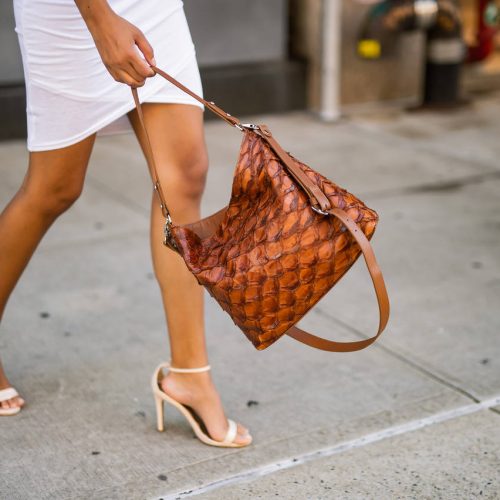 Top Eco-Conscious Brands To Keep You Cool All Summers 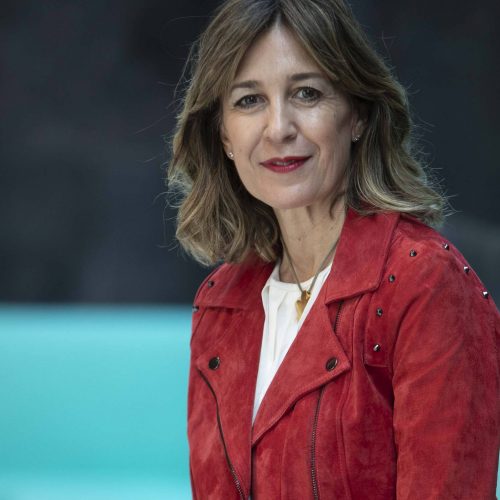 The Importance of Sustainability | Interview with Julia González, Director of MOMAD 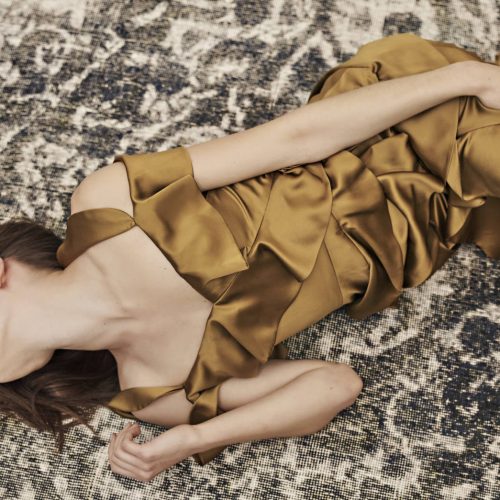 Importance Of Changes In Our Clothing Buying Habits