It is predicted that by 2030 one in three people will live in a city with at least half a million inhabitants. With more people expected to move to cities across the globe, sustainability must be considered in order to improve the quality of life of each citizen. Internationally, governments have been releasing action plans in order to improve sustainability within their cities, but who is in our top 10?

Business of Fashion hailed Copenhagen as ‘fashion’s sustainability capital,’ but why? Copenhagen Fashion Week have launched a sustainability plan which brands must follow in order to have a slot at future fashion weeks. Brands have 3 years to meet their 17 sustainability standards, which include a ban on plastic hangers, ‘digital’ fashion shows to reduce aircraft emissions, and a promise to use 50% recycled and organic textiles in their collections. This move comes after the Swedish Fashion Council cancelled Stockholm Fashion Week in July.

But, its not just fashion that Copenhagen wants to tackle. By 2025, they aim to be carbon neutral. They’ve already come leaps and bounds in terms of sustainability by dedicating more road surfaces to cycle lanes, turning public transport electric, and building Copenhill, which turns waste into energy. Residents get a lot of benefits by living in this green city, including an ingenious scheme whereby you return plastic bottles and receive a deposit in return. With all this work and dedication to creating a sustainable environment for its residents, it’s no surprise that Danes rank highest as the world’s happiest people.

When you think of Amsterdam, you probably think of the canals, bridges, and bicycles. It’s no secret that most citizens use bicycles as transport, and walking is a breeze when you have such picturesque scenery around you. Restaurants and cafes boast locally produced food on their menus. These not only support local farmers, but it means that you’re getting the best possible food there is. If you are having a city break in Amsterdam, finding a sustainable hotel is no problem. Over half of hotels in Amsterdam have the Greek Key certification. Green Keys are awarded to tourism and recreation businesses that commit to sustainable practices.

As well as bicycle rentals, Amsterdam has over 2000 charging points for electric cars. The canal cruise boats are also being electrically powered and tourists can rent electric smart cars for their holidays as well! It’s clear that Amsterdam places sustainability and eco-consciousness at the top of its political agenda and it’s certainly paying off.

Renewable energy is at the top of Munich’s list and they have set their own target that by 2025 they will have a 100% clean electricity supply. Hep Monatzeder (former Mayor) said ‘we forced our utilities company…to invest in renewable energy.’ Several clean energy projects have been launched and homes are beginning to be powered by clean electrical energy. Munich’s 500-year old brewery, Hofbräu, made the switch to renewable energy and has reduced their carbon footprint by 40%. They have said the change was easy and isn’t just eco-friendly, but extremely good for business. Munich has invested €9 billion to their clean energy projects, which include a hydro power plant along the river, and a solar plant in Spain.

Like Amsterdam, cycling is extremely popular in Munich and there is plenty of parks to go for a cycle. Munich is home to one of the world’s largest urban parks, The Englischer Garten. This park as well as Munich’s many others helps to reduce air temperatures and pollution, providing cleaner air to its residents. 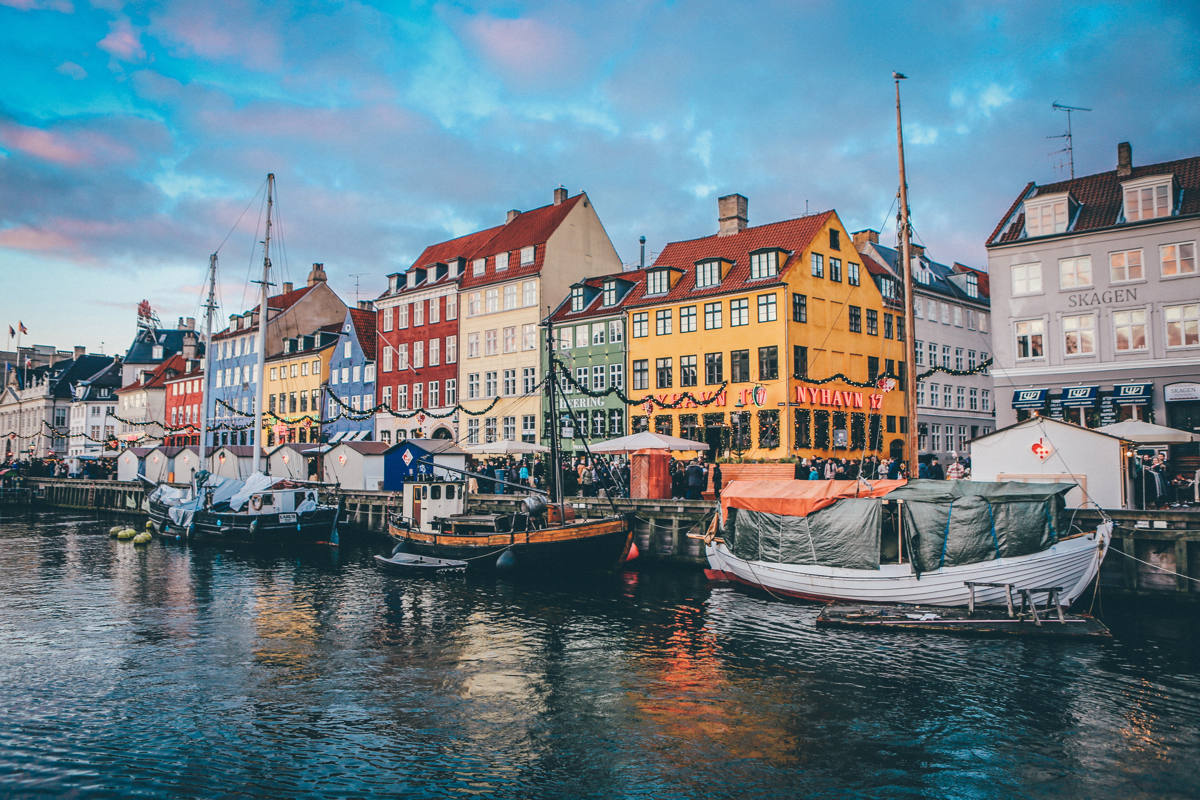 In 2016, engineering firm Arcadis named Zurich as the most sustainable city in the world. Zurich has invested hugely in green energy and they have a mammoth goal that by 2050, each person would use only 2000 watts. This ambitious goal shows that they have sustainability as their priority, aiming to be a completely green city in the future.

Recycling is done differently in Zurich, with collection points instead of recycling bins. These collection points get 94% glass and 81% plastic, making their recycling system extremely efficient. Like Munich, Zurich’s vast greenery helps to lower their CO2 levels and create a cleaner atmosphere for those who live there. Their CO2 levels are even further reduced by their public transport system. As well as cycling and walking networks, Zurich also has trams and other transportation like canoeing and skating is encouraged. Canoeing in the clean Zurich air doesn’t sound too bad to us!

Iceland is known for its hot springs and pure water, and these are just two of the things that help Reykjavik in being a sustainable city. An impressive 99% of Iceland’s electricity production comes from hydropower and geothermal energy. They are the first nation with the action plan to use only renewable energy in the near future. In Reykjavik, they aim to be carbon neutral by 2040, which is a completely possible target for this sustainable city. Their environment is ideal for geothermal and hydropower energy, so its not surprise that homes and food production are powered by renewable energy.

The water is famous for its purity, as it’s untouched by chemicals and minerals. This combines with their hot springs and renewable energy reduces pollution and gives residents exceptional health benefits.

London has taken sustainability measures in order to reduce CO2 emissions and ensure a healthy living environment. It has one of the best sustainable public transport system in the world, and this will help in reducing their CO2 emissions by 60% by 2025. Almost half of London buses run on alternative fuel, be that diesel-electric hybrid, purely electric, or biofuel. Over time, more buses will make the transition to alternative fuel, helping to further reduce emissions. As well as buses, there are electric-fuelled taxis, the underground tube service and bike rentals all over the city providing numerous eco-friendly options.

London also has a congestion charge in order to encourage alternative transport and discourage pollution. This charge is for any vehicle entering Central London for 11 hours from 7am on weekdays. The money they receive is used for road improvements and maintenance. If you have a hybrid or electric vehicle then you can use the Ultra-Low Emissions Zone and be free of the congestion charge. This charge has seen a reduction in cars and an increase in the use of public transport, showing that it is a great system to have in place. 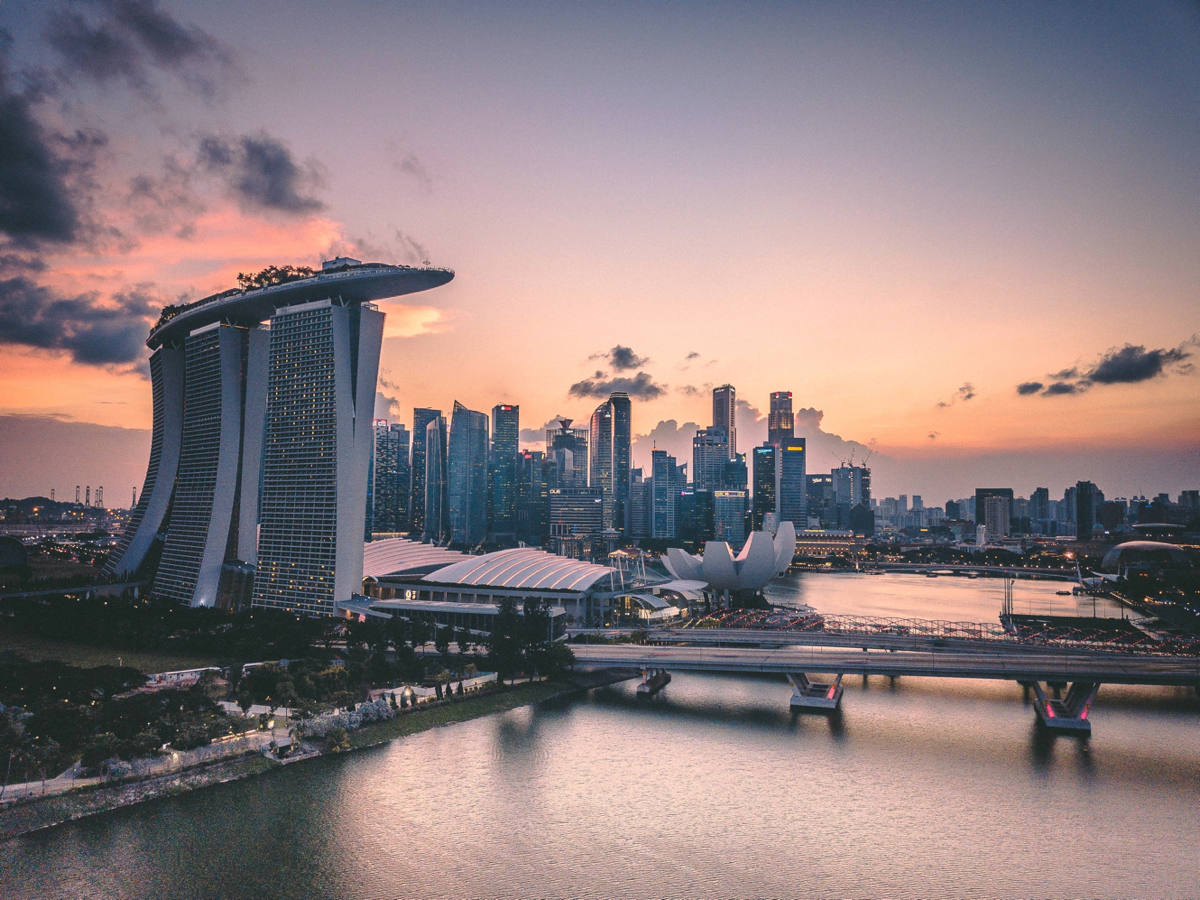 Portland boasts 92,000 acres of Greenland and the highest percentage of people who cycle to work out of any other US city, so they are definitely doing something right! To protect the lands surrounding the city, they have an urban boundary in place. Within the city, they have around 250 parks and recreational sites, offering a great balance of dense city to open space.

Cape Town is one of the most innovative cities when it comes to sustainability, implementing plans in 2004 to accommodate the large amounts of energy the city needs. By 2020, Cape Town want to have 10% of homes running on solar energy! The increase of tourism to Cape Town will also bring money that can fund their renewable energy ventures like their wind farms.

In order to stay on top of the emissions they produce, Cape Town does annual emissions reports and an in-depth report every 5 years, monitoring their CO2 emissions and carbon footprint reductions over the years. The work of the government and the residents mean that each year Cape Town reduces their carbon footprint. As they implement more projects, the sustainability of the city will only increase.

National Geographic wrote a piece on Singapore titles ‘This City Aims to be the World’s Greenest.’ Their innovations and developments have ensured that Singapore is on its way to becoming the most sustainable city in the world. Since 2008, green building has been compulsory. Green buildings improve insulation, enhance ventilation, conserve water, and are made from eco-friendly materials.

The technological advances in Singapore has helped them achieve great things in terms of sustainability. Cheong Koon Hean’s interview with the National Demographic shows that they have come leaps and bounds in mere decades: ‘In the short span of 50 years, we have built a clean, modern metropolis with a diversified economy and reliable infrastructure.’

Since the Korean War, South Korea has developed at a nearly impossible rate. Its economic and technological development over the years has been astounding, and Seoul’s sustainability is no different. Seoul has plans to make their public transport more accessible and convenient to appeal to its residents. This along with placing electric car charging stations across the city will help reduce emissions as well as encourage people to take more sustainable modes of transport.

Near Seoul airport, a new city is being built – Songdo. This ‘smart city’ will use technology to be completely sustainable. The city will have green buildings and an innovative waste management system. The waste from each home will go through underground pipes to a plant where it will be automatically sorted, deodorised, and treated. This ensures that waste is kept off the street, and will reduce the environmental impact that waste usually has.

There are so many cities worldwide dedicated to making their environments more sustainable. The innovation of Seoul’s smart city, London’s congestion charge, and Zurich’s recycling system are just some of the steps that are beneficial in reducing emissions as well as making residents’ quality of life better. In the next few years, we will definitely see more changes like this as the sustainability conversation gets louder. 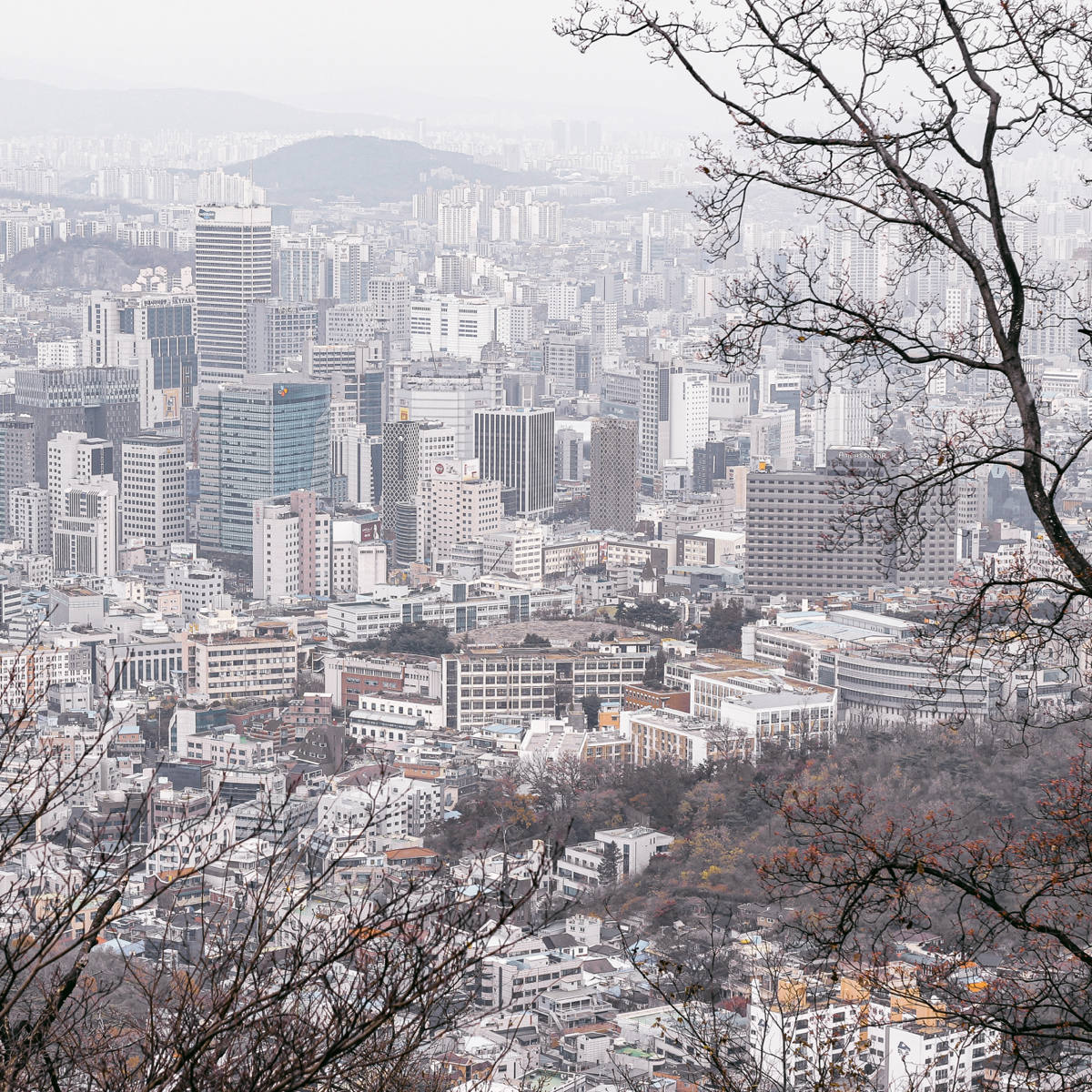 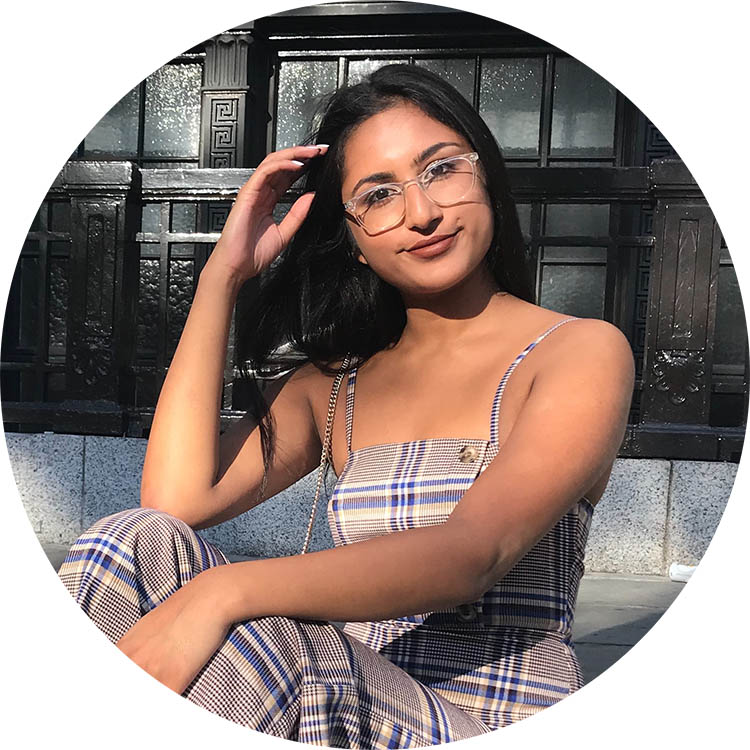 Shaelei Parmar is a Fashion and Sustainability Blogger. She recently graduated with a degree in English and Drama and is beginning her journey as a writer and sustainable consumer. She has her own Blog ( https://shaestyles.blog/). 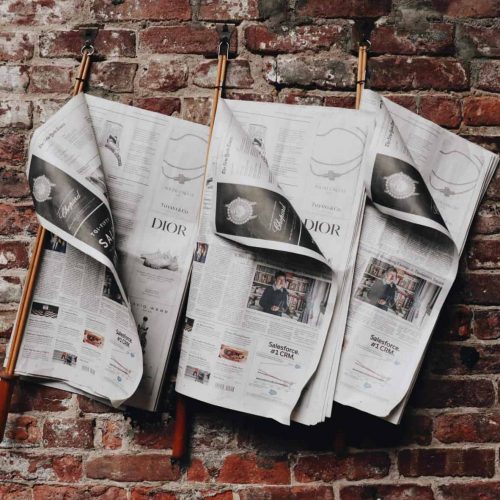 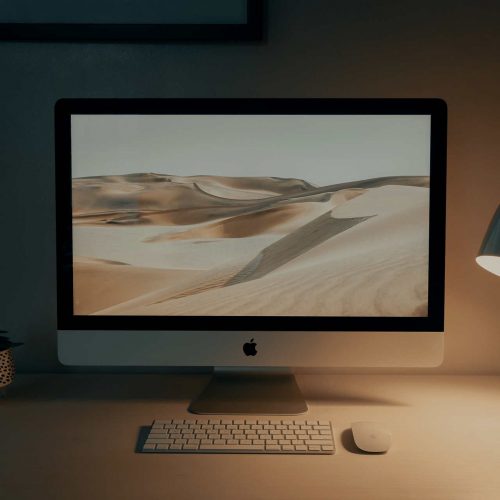 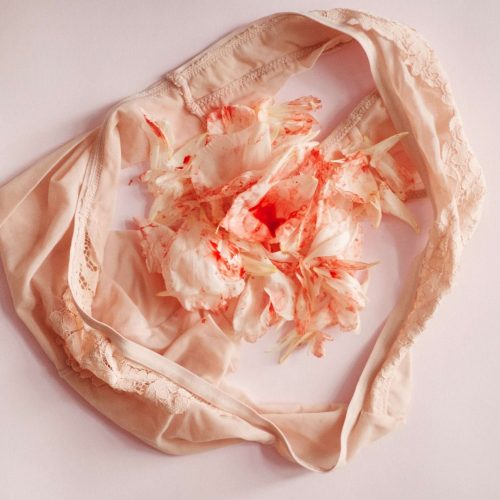 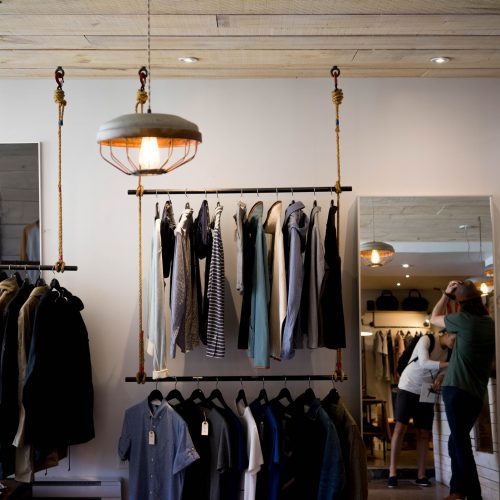