Fashion Revolution: All we should know, by Orsola de Castro

Do you know who made your clothes? You should. That was the first objective of Fashion Revolution founders. They made up campaigns for systemic reform of the fashion industry with a focus on the need for greater transparency in the fashion supply chain. In 2014, 2015 and 2016 millions of people around the world called on brands to answer the question Who Made My Clothes? The hashtag #whomademyclothes was the no.1 global trend on Twitter. Last year, over 70,000 people used that hashtag. The campaign reached 156 million organic impressions (the number of times our conversation appeared in people’s social media feeds.) And this is just the beginning…

Fashion Revolution was created in 2013 in response to the Rana Plaza disaster in Bangladesh by Carry Somers and Orsola de Castro.

Next monday, 24th of April a new Fashion Revolution Week is coming. We wanted to know everything about it, so we phoned Orsola de Castro, one of its co-founder with Carry Somers, and Creative Director of the Community.

How was the beginning, how was the road and in what situation is Fashion Revolution now?

The beginning was as a result of Rana Plaza disaster in Dhacca (Bangladesh) were 1133 people died. Carry Somers (co-founder of Fashion Revolution) phoned me. We had known each other for a long time. I was co-founder and Co-cubator of Estethica, a sustainable fashion initiative of the British Fashion Council during London Fashion Week, and Carry was one of the designers who participated. Immediately after Rana Plaza disaster, she called me and we set out to create the “revolution”. The first thing we did was to compose a team, combining people I have been collaborating during my career.Today the team is very well-oiled, we know very well each other, we know how we work and that is why Fashion Revolution works so well. All this is based on values: collaboration, working together, laugh, admiration…

Fashion Revolution Week 2017 will launch a new film that looks into the environment side of fashion (26th April), the Fashion Revolution Open Studios Iniciative, and the second edition of the Transparency Index.

How many people works today for the organization?

Within the core team we are five persons and there are three more not full time based. A lot of people come and work one day per week or one day per month. We also have volunteers in nearly 100 countries. It is a very flexible structure, mostly volunteering.

We know there are Fashion Revolution Teams all over the World, ¿how many of them exist at this moment?

We all stopped counting, but I think there are more than 90 at this moment. About 20 are very strong: Spain is incredible strong, Gema Gomez (founder of Slow Fashion Next) is doing a fantastic job in Fashion Revolution Spain; Italy is very strong; Mexico, Germany, Australia, Finland, Brazil… all those teams are really strong. We have country coordinators, who communicate with all those teams.

They are independent but part of the community. So, we provide them the indications, ideas, resources… to make them able to operate independently from us, but following our guidelines. We give them tools to be able to speak with the government, tools of how to speak in the schools…

How are you financed?

We have several types of funding at this moment. We also received various European grants, next one is coming in a couple of months. And we have creative projects and communication projects with some brands. A huge amount of work. Last year we had over 200 thousands works to be done…

For instance, we are about to launch a film on the 26th of April and the budget was tiny, less than 10.000 pounds and with that tiny amount we had to do an incredible production, where all companies, producers, film makers had to work completely for free. 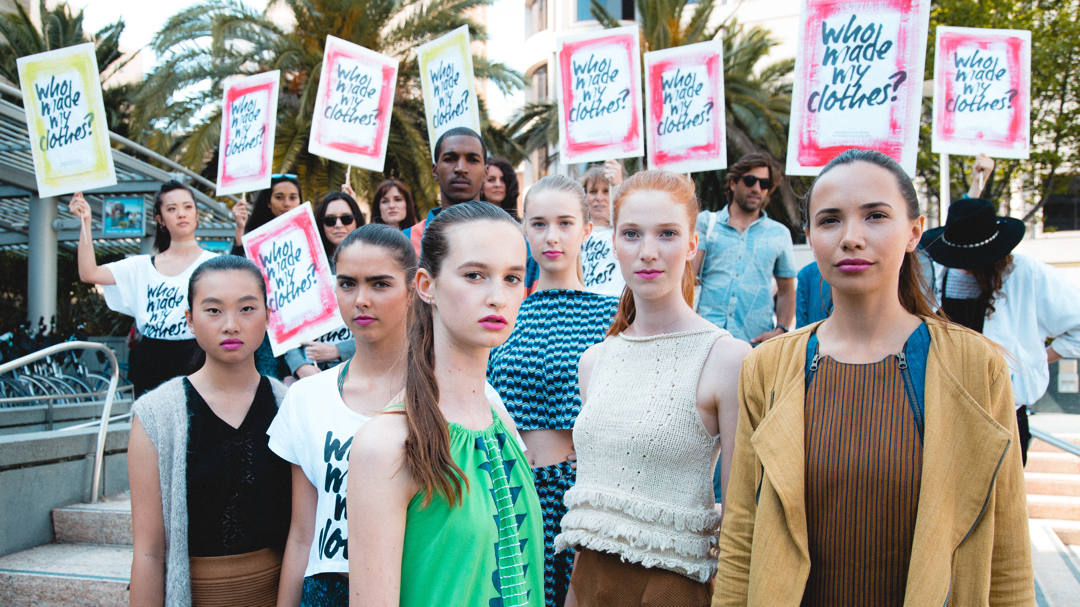 What is the film about?

It is a film that looks into the environment side of fashion. So far we concentrated very much on the social side and now we are starting to add a new, more environmental focused campaign to the social movement #whomademyclothes. We are launching a new hashtag, #loveclotheslast… Umm, but I am not going to tell you anything else about it (laughing). Everything follow up in a few days.

We want to be in a campaign that looks at fashion from every angle, its social and its environmental impact. We want to be sure that people really understand that there are positive solutions that they can adapt.

How is your relation to fashion designers? What are you doing to involve them in this fashion revolution?

I was a designer. I have no longer my own brand. But now I am a teacher, a lector, an educator and a mentor of young designers. So it is incredible important to me to involve the next generation in this community. Within Fashion Revolution, this year we are launching an incredible beautiful initiative (I am very proud): Fashion Revolution Open Studios. We are asking some very well-known Designers that work in the sustainable field to open their studios during the Fashion Revolution Week to the press, the people… So they all now get in touch with the process behind making clothes. We want to show how the designers work, what inspires them, the fabrics they use, who is the pattern maker, who is the person, who sources the samples… So, we will have a group of international designers opening their studios to show this process.

We are looking for something real. That is what fashion revolution is all about: showing the reality, the people, the truth…

They will do their open studio during the Fashion Revolution Week. The big names at the moment are Christopher Raeburn, a very young designer named John Alexander Skelton, including some designers that do not describe themselves as sustainable but, of course, we know they are. For instance, we have Raquel Allegra. 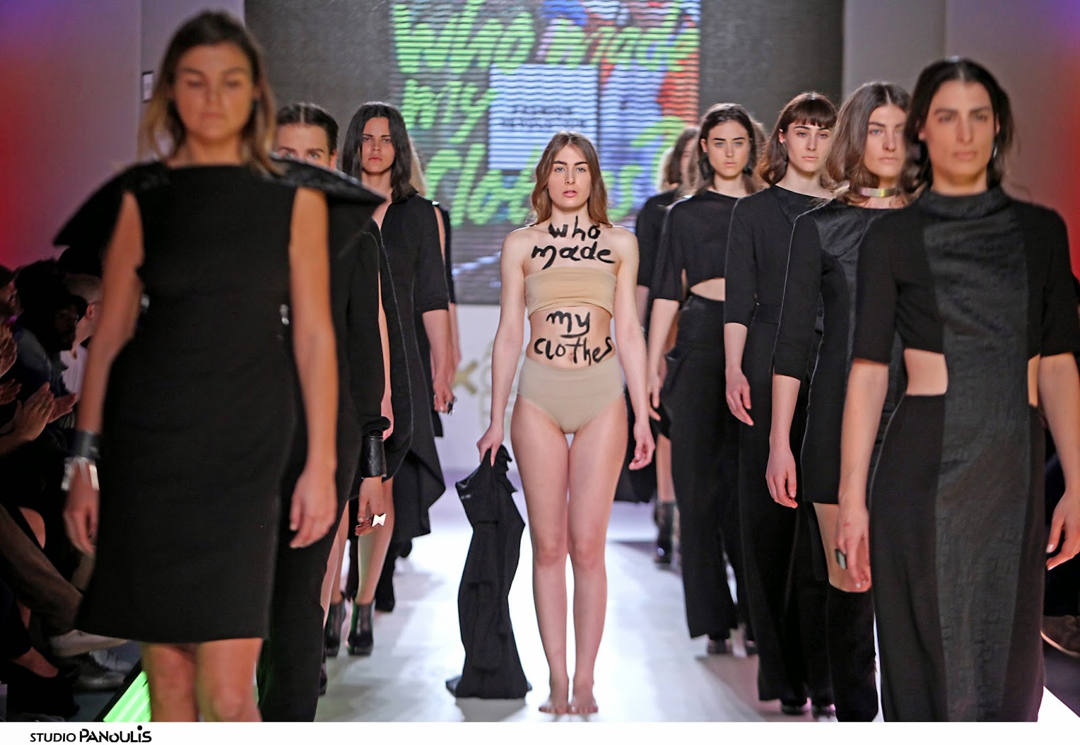 Nowadays, which horrible situations are happening in the fashion system?

There are two issues that have not been solved until now. First of all the wages.Workers are not payed living wages yet. We need to pay our workers fairly through the fashion supply chain.

The second issue is that we have a big problem facing a mass production and the overconsumption. And this issue is still unexplored. There is the willingness to recycle and there is a big investment in closed-loop innovation. But we are not there. The technology to separate cotton from synthetic fibers is not there. Also, we know that statistics are horrendous. Nowadays we buy 60 percent more respectively we made severals years ago.We know that fashion is one of the most polluting industries of the world. And all this is because people got used to buy too many clothes.

So the message for the consumer is that we can not separate this two issues (the problem with the living wages and the overconsumption). If we start buying a little bit less, the brands will immediately recognize that. They will understand that they do not have to do 160.000 T-shirts in one hour. They will make things better and they will need more skilled workers.

With everything we wear every single day, we can make a difference. It is a little bit the same with food. We have something to say. We can vote with our wallet.

If we eat organic no one knows, but if we wear what has been made taking into account sustainability and ethics, we are speaking our principles. Everyone can see that.

Where can we find the current numbers of production growth referring to organic or recycled clothing? What about the numbers of the fashion companies that work ethically?

Well, Greenpeace website is giving a lot. There is a publication called Timeout for fast fashion that give us a lot of information. In terms of brands that are working sustainable, I do not think we can quantify them. We are publishing our second edition of the Fashion Transparency Index. Transparency is not necessarily an indication of sustainability but at least, it will show what brands are publishing. It will be published on the 24th of April.

Which associations, brands, companies or designers are setting an example to end up with the “bad habits in fashion”?

Well, I am more with young and small designers. I can guess Stella McCartney may be the one who will make the biggest difference before anybody else. Regarding the big brands, such as H&M, Marks & Spencer, Inditex, Puma… I acknowledge that they are investing an enormous amount of money on this journey. But I do not thank them. I am very happy to mention them in my conversation. I am very happy to have dialogues with them, but I think the time makes them react to do so. It is nice that they understood that the consumer is choosing the change. By the way, I do not think they are doing greenwashing, they really are exploring. The thing is that there is a magical word: Slow down. If all these brands say “I am going to slow down”, everything will be better. We have to ask them for quality instead of quantity, commitment vs. growth.

With those words in mind, we are ready today for our Fashion Revolution Week. And you? We hope to see you there, friends! 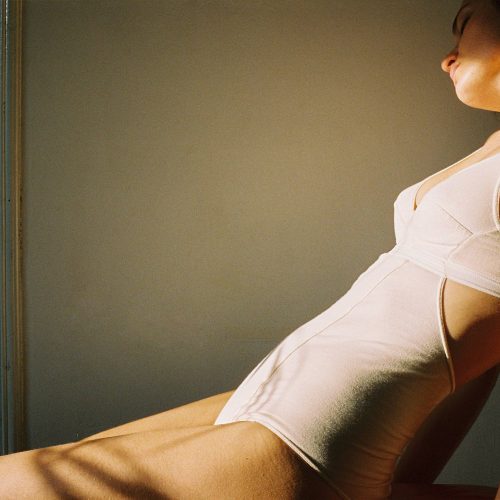 The 3 Most Beautiful Sustainable Lingerie and Loungewear 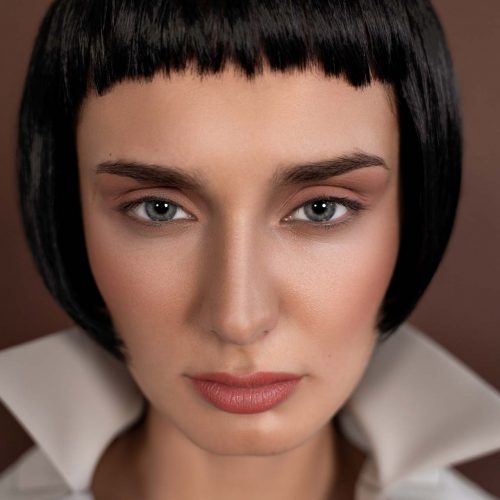 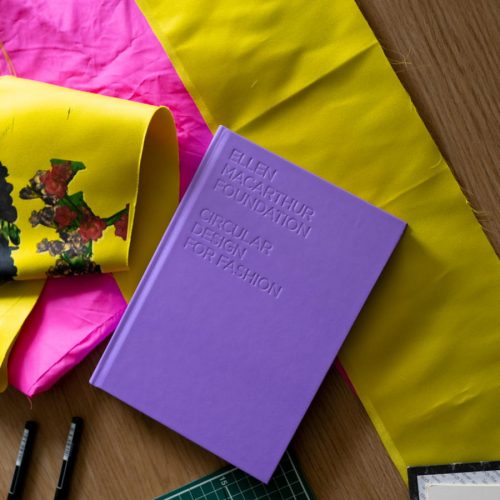 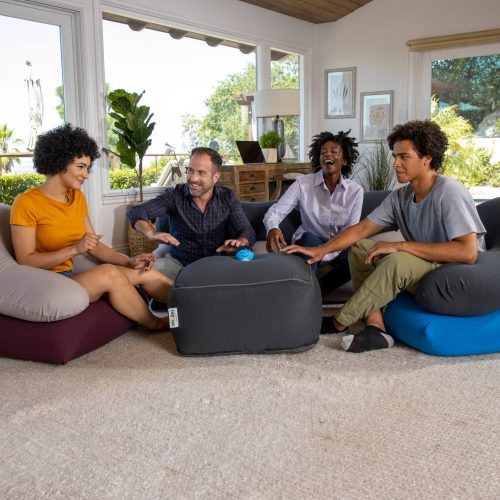