The sponge city could be the answer to rising sea levels caused by global warming. In order to face the future, we need to come up with innovative and inventive solutions to reduce the threat of climate change.

WHAT IS A SPONGE CITY?

The sponge city was founded by Chinese professor Yu Kongjian to solve China’s water distribution problem. It has become recognised as a potential model to make urban landscapes more sustainable. After nearly drowning in a river aged 10, Kongjian understands the power of nature - water in particular. He proposed a city that soaks up excess water, like a sponge. A sponge city is an active urban landscape, adapted to absorb water and reduce the damage of heavy rainfall caused by global warming. Interestingly, the sponge city works alongside nature, rather than trying to fight the inevitable.

Being such a large country with varied weather conditions, it is no surprise North China is experiencing a shortage of water. In contrast, other areas of China suffer from wet monsoons. However, sponge city offers a solution to both problems. 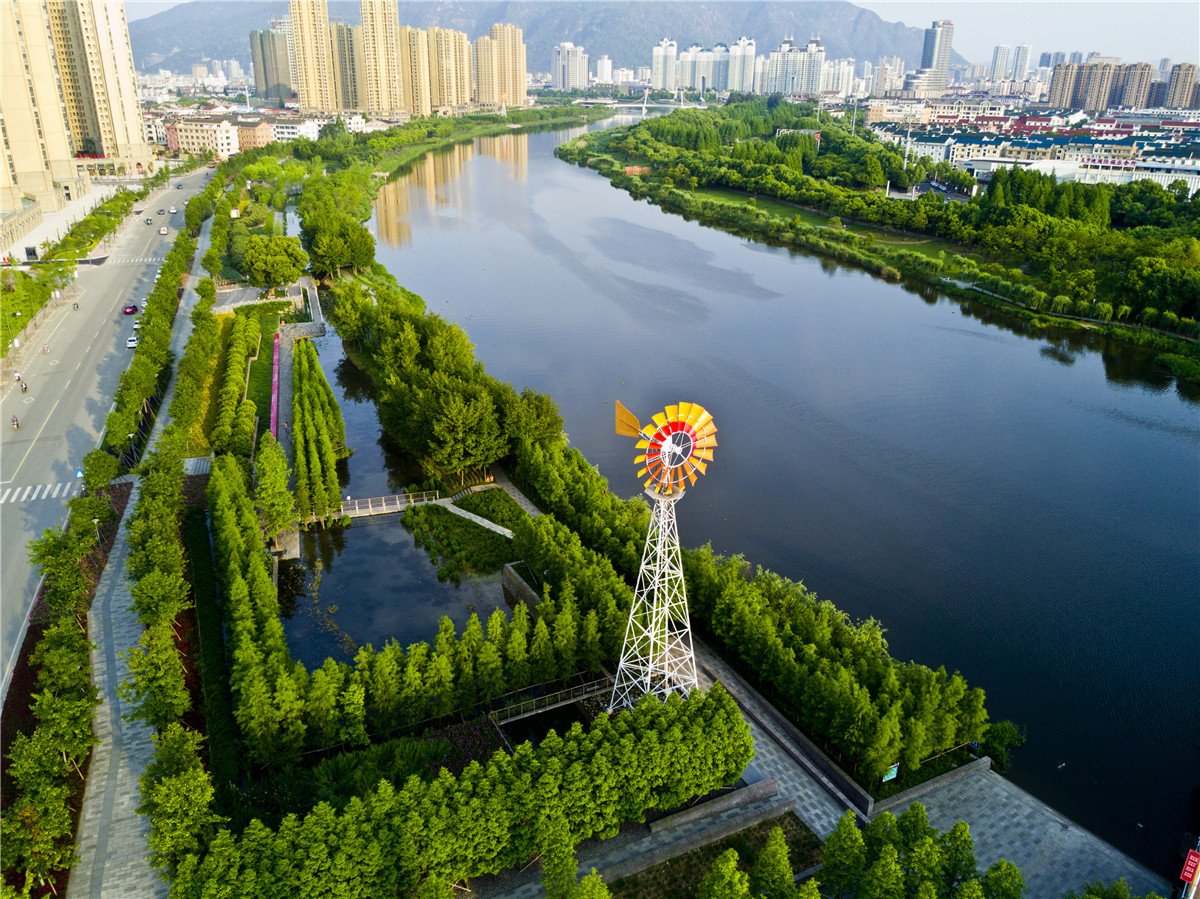 HOW DO SPONGE CITIES WORK?

As well as soaking up water, the sponge city cleanses and purifies water before feeding it back into a natural source. This allows water to be redistributed to those who need it. Imagine a sponge, a dense object with thousands of tiny holes to store water. What if a city could adopt this format? A sponge city is a city reimagined - filled with holes of its own to absorb and purify water. But how?

One of the ways a city can be mutated to absorb more water is by transforming ordinary buildings into ‘smart buildings’. A smart building has grass laid over the roof to absorb rainfall. Additionally, they are painted light colours, which reflect heat instead of absorbing it, catalysing evaporation surrounding the buildings. Through absorption and faster evaporation, there is less excess water - minimising the possibility of a flood.

It’s not only buildings that are being adapted. Roads have been built out of porous materials enabling them to retain water, reducing the impact of heavy rainfall. Porous materials include plastic pavers, a plastic honeycomb-shaped grid with space for plants to grow through the holes. Asphalt concrete can also help absorb water when the fine particles are left out of the concrete mix. This increases its ability to retain water. Porous pavements help purify water and control sound pollution from the road, making them a good alternative in more ways than one.

Pavements have also been waterproofed. This allows some water to evaporate from the surface whilst the remainder gradually drains and is retained elsewhere. This prevents water from flowing directly into a river or lake - limiting the chances of flooding as large bodies of water are less likely to overflow. Consequently, the retention of water makes it easier to recycle water and redistribute it to areas with less water.

It is evident that introducing more ponds and lakes is an effective method of hoarding water, as 70% of cities in China planning to transform into sponge cities. As well as this, planting water-intensive plants and trees is an easy way to soak up water. Planting more greenery in cities manages rainfall and creates habitats for wildlife, whilst making the city more attractive. There is no doubt the sponge city is beneficial to people, wildlife, and the planet - explaining why multiple firms have incorporated it into their projects.

Turenscape is a landscaping firm owned by Kongjian Yu, founder of sponge city. The practice prioritises the earth. They work alongside nature, utilising its power to enhance their designs. Tu-ren are two characters in Chinese. ‘Tu’ translates to dirt and earth, whilst ‘ren’ means people, man, or human. Putting these two characters together signifies Kongjian’s desire to create ‘harmony between land and people’.

They are working on several sponge city projects. Sanya Mangrove Park, Meishe River Greenway, Yanweizhou Park, and Puyangjiang River Corridor to name a few. They aim to strengthen the connection between man and nature through architecture. The Puyangjiang River Corridor project made a literal connection between humanity and greenery. By cleansing the river and building walkways alongside the river, Turenscape brought people closer to the natural beauty of their city.

This project took place in Pujiang, Zhejiang. The river corridor was designed in 2014, built in 2016. Since then it has won prestigious awards, including the 2019 International Planning Excellence Award. The project itself is the reinvention of a ten-mile-long river corridor, spanning across 483 acres of land. It was turned into a greenway reconnecting human beings with nature.

The river Puyangjiang runs through Pujiang. Pujiang is a beautiful and small city with a population of 100,000 people. As a result of rapid industrialization over the past forty years, the stunning river Puyangjiang suffered. River beds turned into sand quarries and the water was treated as a rubbish dump as the people of Pujian began to neglect it. The aim of Turenscape’s project was to restore the river to its state of natural beauty before it was littered with rubbish. It was so polluted that it was declared the worst case in the provincial region - tainting the city with a notorious reputation.

HOW DID TURENSCAPE FIRM TRANSFORM THE CITY?

Turenscape salvaged the river in 3 steps. They softened and remediated the river bed that was greatly suffering from the sewage pumped into the river. The concrete surfaces were removed and replaced with green sponges. These green sponges allowed the river to become flood adaptive by diverting the river water. They slowed down the river's flow and purified the polluted water.

Secondly, Turenscape made sure to preserve the vegetation surrounding the river to maintain the natural paradise of the area. The final step was to connect people to the landscape so they could live in harmony with nature. Turenscape installed winding paths and cycle routes alongside the bank of the river. They were careful to include gathering places to encourage community interaction with the natural corridor.

Now, the river is much cleaner. People are able to swim and bathe in it as they could decades ago. Vegetation is revived, populated with frogs and birds accompanying the joggers and cyclists enjoying the corridor. Not only has the river regained its positive reputation, it is once again an attraction drawing in thousands of visitors. 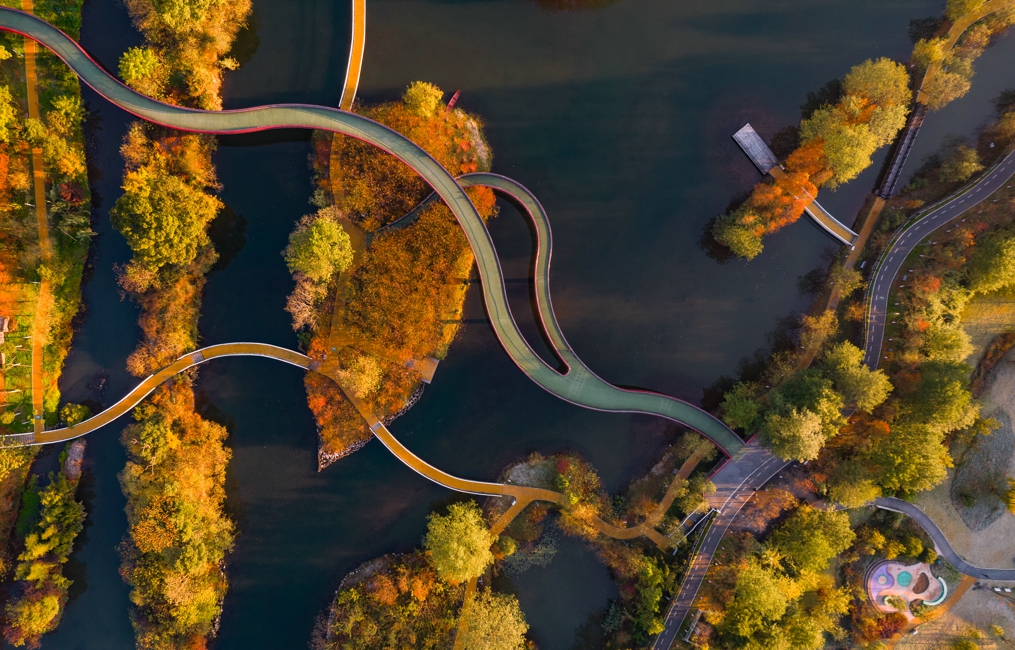 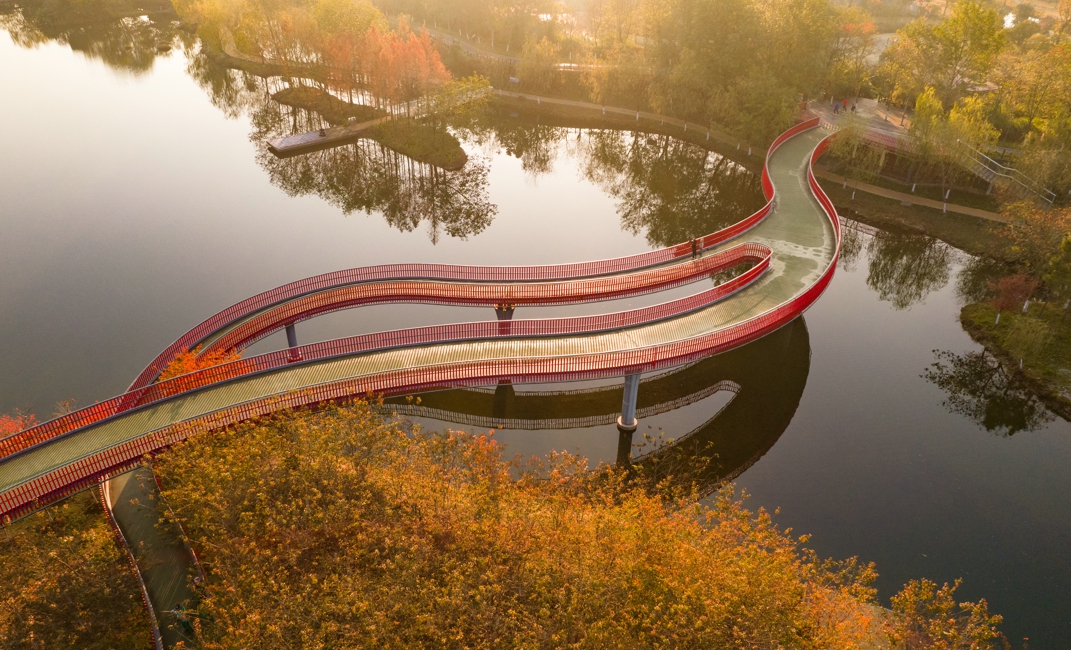 Chapman Taylor is a global architecture firm founded in 1959. They specialise in Residential, Retail, Leisure, Transportation, Hospitality, and Workplace design. Due to the Chinese water crisis, their Shanghai studio is involved with sponge city design. Unsurprisingly, they have integrated sponge city principles into their Xiong’an New Area Urban Masterplan.

The new city plan creates a smart city environment focusing on and encouraging sustainability and equality. Chapman Taylor’s plan imagines a city with a range of spaces and functions, inspired by the Chinese ideology of harmonious living. Utilising and protecting the environment, history, and culture of the surrounding areas, is key to the master plan. Chapman Taylor envisioned a variety of spaces and facilities that promote innovation and creativity, whilst honouring the culture and history of the area.

Sponge city principles are integral to the master plan. The demands of Xiong’an will be met by upgrading the existing waterworks. Chapman Taylor intends to add a stormwater management system and a natural water filtration system. Both will allow the underground water supplies to be replenished and improve the water resources relied on by the people of the city. In addition, spare water retained by the stormwater management installation will be redirected to areas that need it.

As a people-focused project, the plan prioritises convenience and sustainability, proposing everything people need will be a 15-minute walk from their residence. Obviously, the close proximity of essential facilities reduces the need to drive or take the bus - contributing to co2 emissions. The design of the city is flexible and adaptable - easily mutatable to suit the needs of the future. Adaptability is key with our future uncertain due to climate change. 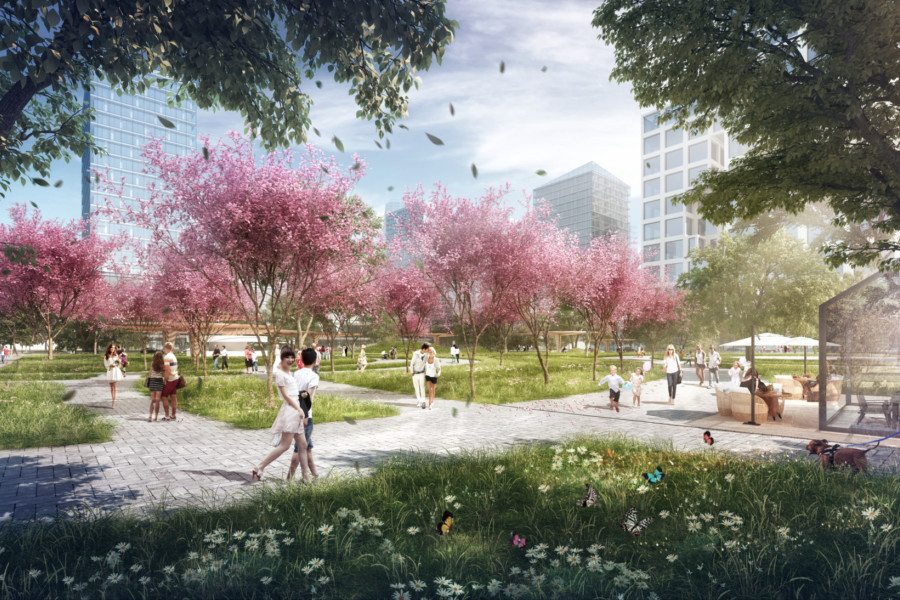 WSP is a Canadian engineering company offering management and consultancy services concerning urban and natural environments. Within their engineering company, they have a Landscape architecture sector. In 2019-2020 they worked with ARCHITECTURAL SERVICES DEPARTMENT, HKSAR (ArchSD) in Hong Kong to research sponge city concepts and technologies for Hong Kong government buildings. The aim of their project was to see how practical it would be for ArchSD to incorporate sponge city initiatives into their designs. As well as this, it provided a beneficial look into the pros and cons of sponge cities.

Their website claims the project consists of an investigation and report on "Sponge City Concepts" adopted in Mainland China and similar cases worldwide. Moreover, it includes an evaluation of sponge city initiatives - identifying benefits and constraints of the different parts of sponge city for ArchSD’s project. WSP investigated the implication of sustainability and greening initiatives, ensuring the possible repercussions of sponge cities and other green initiatives have been carefully considered.

Their consultancy services enable research progression in the success of sponge cities, allowing more city planners to feel confident adopting the sponge model. Thankfully, the more firms that research sustainability methods, the greater hope there is that we can restructure our urban environments to help us through climate change. 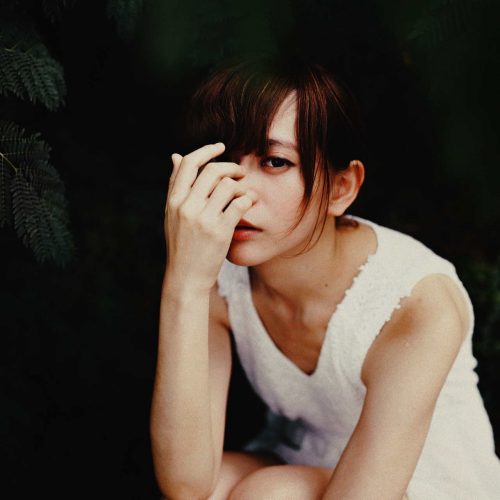