After, yet, more appalling incidents of racism in America we, as a society, have a duty to explore the institutions and industries that we support, such as fashion brands, and elevate the black voices within them. But also, to demand real change within them. This is a study of diversity Vs inclusivity within the fashion industry. Because, fashion might be praised for becoming more diverse in recent years, however, it is still far from inclusive - and they have very different meanings.

Diversity and inclusivity have been two main words used when discussing progress in the fashion industry - or any industry. However, they often get mixed up, or are presumed to mean the same thing. In this study we will explore the definitions of both and how they point to where the fashion industry needs to go next.

Why does fashion have a part to play in racial equality? Because, it is one of the biggest industries in the world; one based on self expression and creativity. Fashion doesn’t just sell garments, it sells self esteem and personal identity; fashion cannot fulfil it’s true duty as an art form if it is not diverse nor inclusion. Also, every part of society needs to reform if there is going to be real change, and fashion is known for having a bad reputation with race.

Diversity means ‘the mix’ of something; it is the difference within a group of people. That difference can be gender, sexuality, disability, body image... However, this study will only focus on the specifics of race within the fashion industry. In the fashion industry diversity can be measured within advertising; the certain people who are chosen to represent a brand in campaigns or on runways.

The Fashion Spot has carried out many surveys and studies into the changing scene of fashion advertisement and they reported that of the 529 models featured in Spring 2019 fashion campaigns 34.50% were black models. Similarly, a year later at the Spring/ Summer 2020 New York Fashion Week 47% of models walking the runway were black. This is progress compared to when The Fashion Spot first started recording these number in 2015 when there were only 17% black models.

Fashion campaigns seem to be moving in the right direction - towards a more diverse representation. Fashion brands, generally, want to be seen, by the public, as more progressive and refresh their image to keep up with social change. Advertisement is extremely important; it is seen as a demonstration of what is beautiful, unique and what should be celebrated. It must be diverse in all aspects if it is to truly appeal to, and represent, society. However, sometimes it can be difficult to know what real change looks like. For example, on the Fall 2018 Prada runway, Anok Yai made history as the first black model in 20 years to open a Prada show. However, should Prada really be applauded for this? We all know Prada’s problematic past, namely, the “Pradamalia” objects that resembled blackface in December 2018. Can this one gesture -a black model opening their show - really be seen as progress?

On the Fall 2018 Prada runway, Anok Yai made history as the first black model in 20 years to open a Prada show. However, should Prada really be applauded for this?

This is where inclusivity becomes extremely important - real change goes a lot deeper than just having black people in an advertisement campaign. Models might represent a company image; and it’s important to see models of colour in these campaigns. But, they don’t have any input nor control over what that company actually produces. 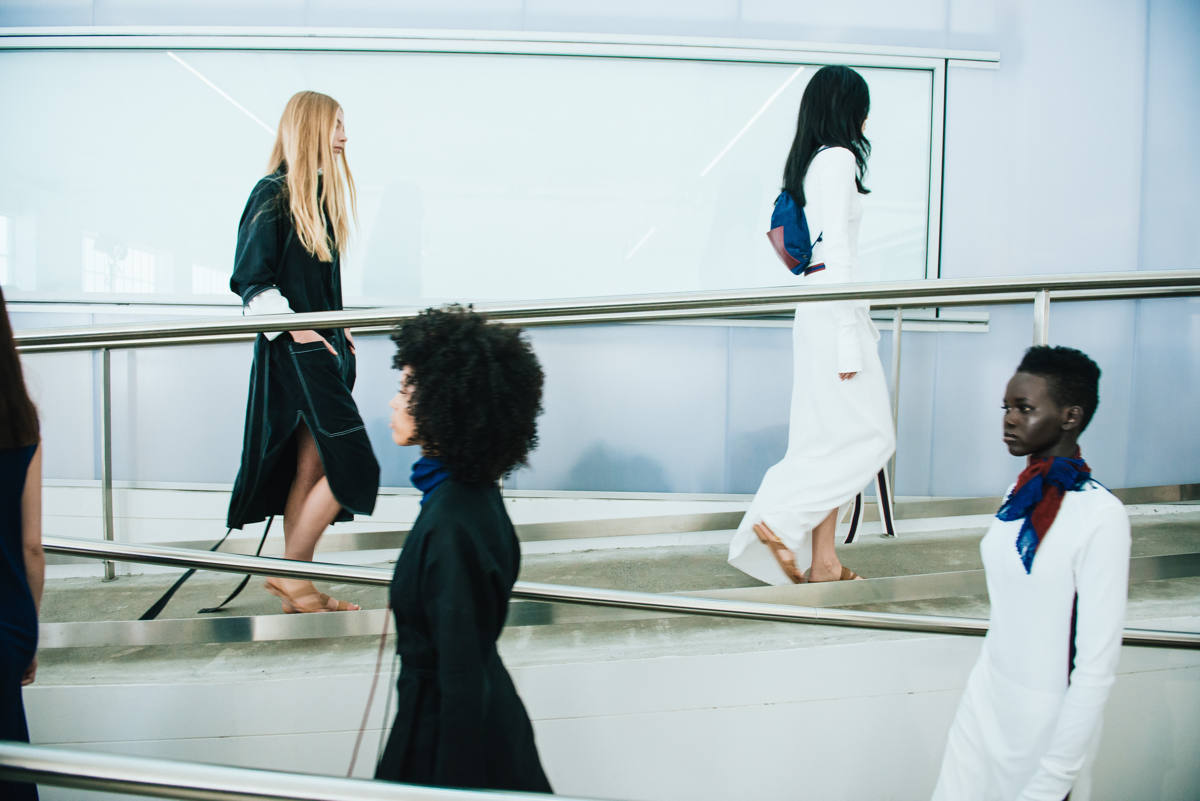 Naomi Campbell told a Wall Street Journal conference in 2019: “It [diversity] needs to go deeper ... We want to see within the actual companies, in the offices, are you going to give diverse staff a seat at the table to advise and be part of the projects that you do? ... We need to put diversity behind the desk.” What Campbell is calling for is ‘inclusivity’.

Inclusion is “a climate in which diverse individuals come together to form a collective whole, enabling and empowering individuals to make contributions consistent with their beliefs and backgrounds” - a definition formed by a study called Insider/Outsider in January 2019. It is, exactly, the next step Campbell was describing. Many brands might employ people of different races - or feature them in runways or advertisement campaigns - and that is considered an aspect of diversity. However, inclusivity is not about whether they are employed, but rather, if they’re able to have an influential input in the company, or, have an influential voice in the fashion industry at all.

In 2018 Lindsay Peoples Wagner wrote an article entitled ‘What It’s Really Like To Be Black And Work In Fashion’ for The Cut. The article is an honest insight into racism, and it depicts the statics of black people working in the fashion industry: “There have never been more than one or two black editors-in-chief of any major U.S. magazines, and only one black designer leading a major American fashion brand. And, up until this month [August 2018] no black photographer had ever shot the cover of Vogue. Only 15 of the 495 CFDA members are black, and only ten black designers have ever won a CFDA or CFDA/Vogue Fashion Fund award.... Less than 10 percent of the 146 fashion designers who showed at the major fall 2018 shows for New York Fashion Week were black...” Even in New York Fashion Week 2020 there were only 9 black designers featured, this was out of over 80 events and shows that took place over the week; listed on the official NYFW schedule website.

Other than the slow but steady progress of featuring black models - which in itself is great, but also has been fraught with racist opposition - there doesn’t seem to be much more racial progress at fashion weeks, or even, in the industry at all. There are many important roles that shape the fashion industry and these statics show that black people are almost never seriously considered to fill those roles. Diversity puts on a show of progress, but when looking deeper there doesn’t appear to be much.

There have been two changes in recent years that show a hope of inclusivity; Virgil Abloh appointed as Artistic Director of Menswear at Louis Vuitton and Edward Enninful as Editor- In-Chief for British Vogue. Both, allow racial voices to not only be heard but to influence two institutions of fashion. 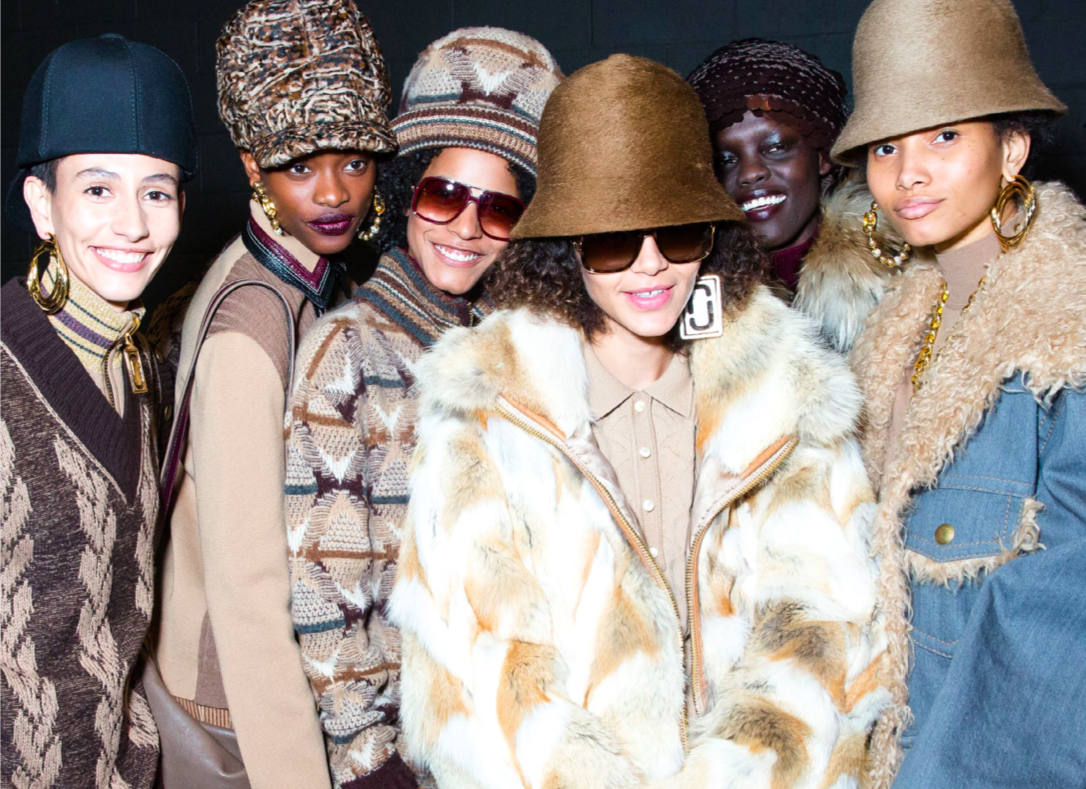 WHAT NEEDS TO HAPPEN NEXT?

This study shows that what needs to happen next in the fashion industry is inclusivity - and that, inclusivity is not the same as diversity. Diversity is important but it is not nearly enough. In Wagner’s article she, also, described an incident where a black model was turned away from a cover shoot because “there was no hair and makeup team trained to do a black model’s hair”. This incident shows that hiring black models is not enough if the infrastructure in the industry is not built to accommodate them. This incident alone shows the need for a full infrastructural overhaul in every aspect of the fashion industry.

However, although much of that change is up to the industry itself, there are many ways to bring about change. As a consumer there is a lot of power. We cannot be satisfied by advertisement anymore; we as consumers need to research the brands we are investing our money and support into. But most importantly, outside of the big brands, we need to support black owned brands and black designers. We need to drawn attention to their talents and voice; we need to show that their cultural vision and contribution to fashion is important in order to shift the balance in the industry. Black owned brands and designers such as Off-White, Mowalola, Christoper John Rogers, Fenty, Cushnie, Thebe Magugu, Pyer Moss, Hanifa... There are many more - nearly every fashion magazine has now complied a list of their favourites. But also, we need to realise their historical contributions to fashion such as Dapper Dan and Willi Smith.

In the wake of protests for black equality taking place all over the world, there has been an out pour of support from many brands. The likes of which would have been unprecedented a decade ago, and this show of support is bigger than ever. However, real change goes deeper than public image and the fashion industry is, largely, controlled by the patterns of consumerism - consumers need to let brands know what inclusivity truly means. 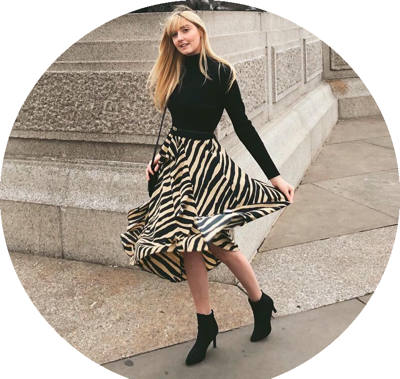 + Words:  Caroline Louise Hamar
A recent Film graduate, Caroline Louise has delved into the world of journalism; contributing to several online publications. She has immersed herself in the fashion, art and culture scene of London, with the hopes of adding her voice to the discussions that surround them.  Instagram: @caroline_louisee
Share this: 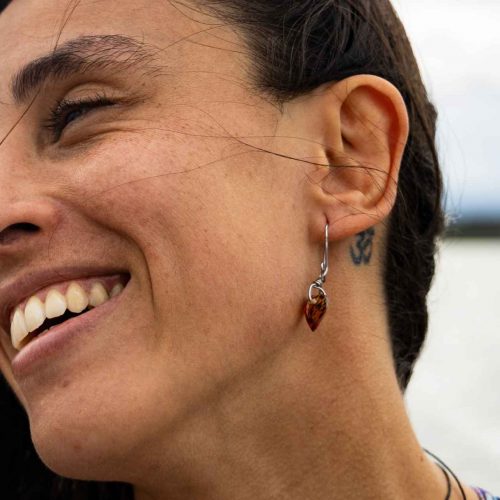 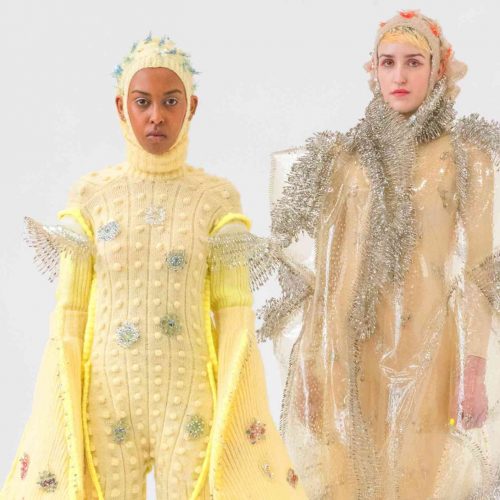 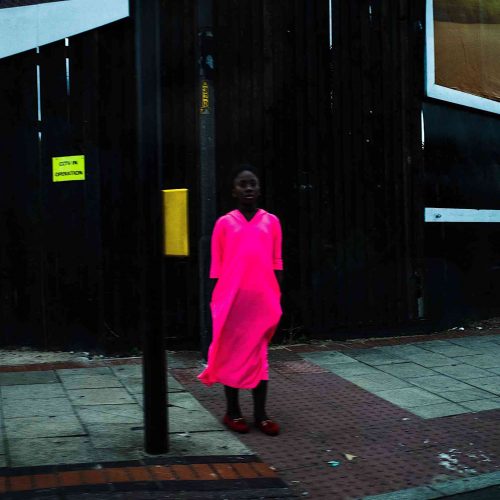